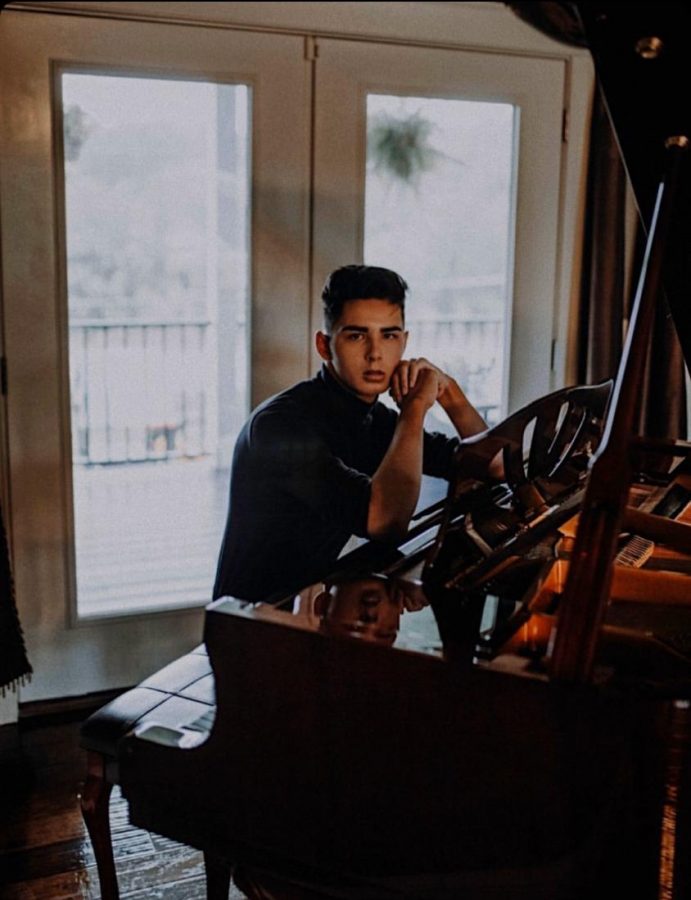 Noah Loehr, Sr. at Kennedy High School accepts who he is.

As a sophomore in high school, senior Noah Loehr was verbally harassed in the school bathroom by an upperclassman he had never met simply because of what he was wearing.

The situation became known throughout the school after Loehr posted about it on Twitter, leading to a tough part of his sophomore year.

“I reported it to administration and they told me it was my fault,” Loehr said. “A lot of times when students face harassment I feel like one of the first questions that come out of an administrator’s mouth is ‘oh what did you do? What did you do to upset that?’ or ‘Why were you talking to them or interacting with them?’”

Loehr thinks that it helps to find people who are outspoken about self-expression. Even if they are influencers or celebrities, they can help be a source of comfort. He still wishes the incident that he faced was handled differently.

“When I was a freshman there were a lot of upperclassmen in theatre and show choir and things like that who were very out and proud of who they were. Looking up to people kind of gives yourself the motivation to be yourself,” Loehr said.

Although Loehr is out and proud now, there are still many instances in his life where he feels judged and treated differently due to his sexuality.

“Genuinely in elementary and middle school, I was bullied a lot for people thinking that I was gay. At the time I had a high pitched voice and I would act more feminine. I think that once you come out as gay that, to an extent, kind of stops,” Loehr said. “People’s perceptions of me changed. I genuinely think that when I came out, things were more positive than they were negative. And people, to an extent, were proud of me for doing it and accepting it.”

There are people who exist that actively fight against the rights of those in the LGBTQ+ community.

“I think there are a lot of people who are homophobic because they’ve never tried to be educated on the topic, or they’ve never met someone that is gay or listened to an experience like that,” Loehr said. “I challenge someone to actively deny the rights of an LGBTQ+ person to their face and start a conversation about it.”

Loehr said that he believes society is making strides in the right direction and being more inclusive towards the LGBTQ+ community.

“With the legalization of gay marriage, I think it’s kind of shifting. As a gay person, I find that even within the LGBTQ+ community that I have certain privileges other people don’t,” Loehr said. “I find that it’s easier in society to live and thrive than it is for a transgender person or more oppressed minorities. It’s easier but I don’t think it’s easy.”