The Final Show of the Year 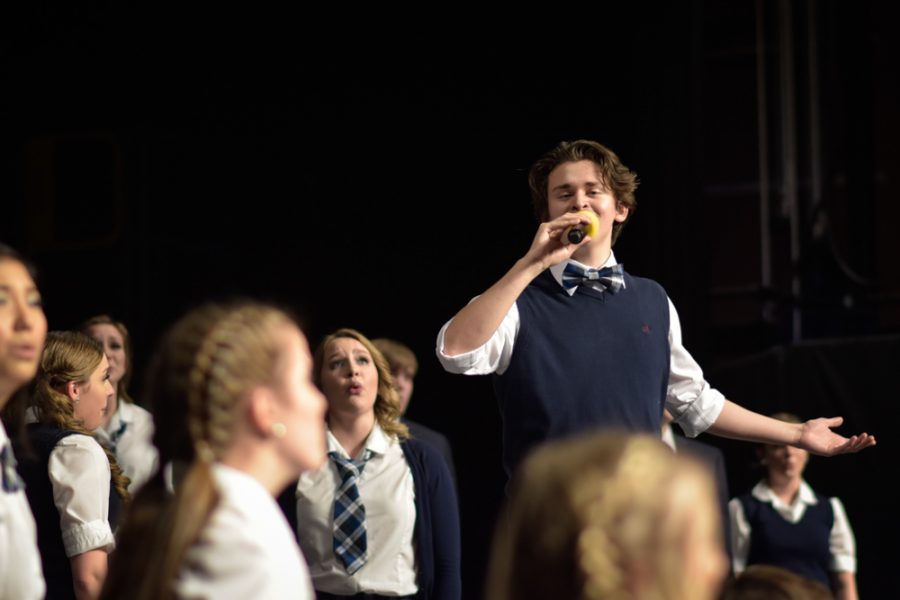 Josh Young, sr., sings his solo with sorrow, as he changes the words to explain his feelings on leaving show choir.

The Going Out Concert was an emotional event for the Kennedy High School community, as the seniors of Happiness put on their final performance of their high school careers.

Tears were seen throughout the audience as the group danced and sang their hearts out. While performing their ballad, Josh Young, sr., unexpectedly changed the lyrics of his solo and instead sang about not wanting to leave the Kennedy family as he graduates.

Throughout the rest of the show, they shared hugs and other heartfelt-interactions between transitions.

But the concert wasn’t all sad, the Happiness parents put on a show of their own by recreating bits and pieces of the show. Their performance moved the audience and allowed the students to momentarily forget about it being the seniors’ last performance at Kennedy.

The going out concert was one senior’s favorite memory in Happiness. Noah Loehr, sr., definitely speaks for the rest of the Happiness group in saying that the Going Out Concert is unforgettable.

Betsy Marlow, sr., Caleb Wenzel, sr., and many others plan to continue to attend future Happiness performances following their graduation this spring. They have both been interested with show choir since elementary and middle school.

“I definitely will [see future Happiness performances], especially because I have so many friends who are  underclassmen,” Marlow said, “I just want to see them continue on the Happiness tradition, and see them continue to flourish in show choir, and keep the tradition of Happiness alive for generations to come.”