Colombia to The United States 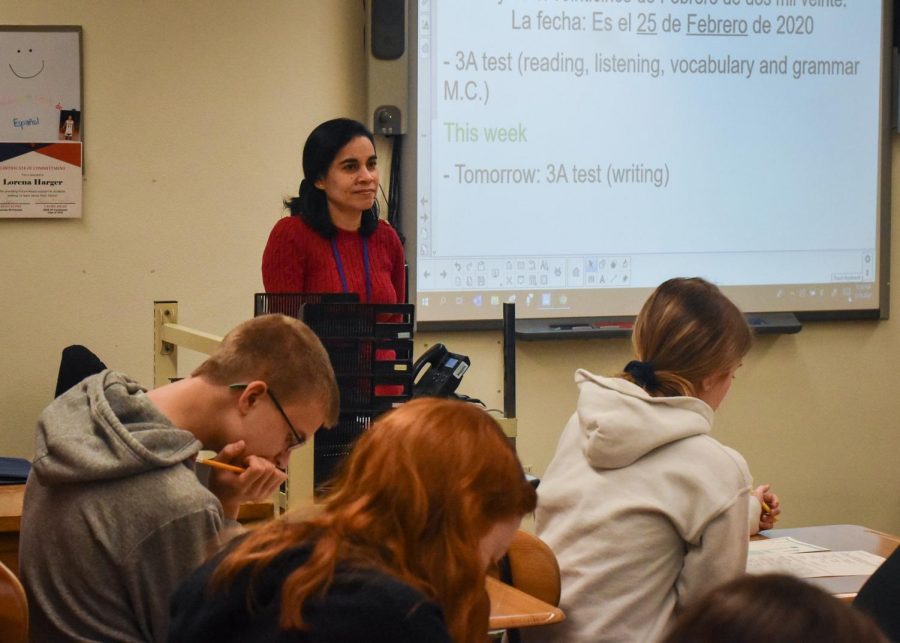 Lorena Harger, a Spanish teacher at Kennedy high school, always dreamed of becoming a teacher.  When she was little she helped her father, a teacher back in her hometown of Barranquilla, Colombia.

Harger’s father taught finance and accounting. His students adored him, and they were always friendly towards her.

“I saw my dad[teaching], and when I think about it, I helped him organize papers and things. I grew up seeing his students when we would go to places,” Harger said.“I thought, ‘Man, my dad is pretty popular. Everybody love[s] him.’ I kinda saw that as a good thing.”

As Harger got older her aspirations to pursue a career in education continued to grow. During her senior year of high school, she and her father discussed plans for her future, where she should go, what she should study. They talked, weighed options and occupations, and eventually came to a conclusion. She would go to a five-year university and become a chemical engineer.

“I was certain that I was gonna apply to be in the teaching program, but then my dad and I started talking. We have a long conversation, and in that conversation, that [decision] changed,” Harger said.

Years later, after completing her chemical engineering degree, Harger fell in love with her now husband, Allen, who was visiting Colombia from Iowa.

It became evident that living in two different continents could not keep them apart as Allen flew back and forth from the United States to Colombia. They got married in Barranquilla. After the wedding, it took a full year for Harger to obtain a visa to come to the United States. She moved to Iowa in April 2006 and gained citizenship three years later.

“I moved because I married an Iowan guy. Love brought me to Iowa,” said Harger.

After getting married and moving to the United States, Harger didn’t feel like she was meant to be an engineer. She still longed to be a teacher, but she just didn’t know what she should teach and how she would get to that point.

Eventually, Harger and her husband decided she would attend Mount Mercy University. It was a teaching school and was close to their home. Harger decided to become a math teacher, and thanks to her previous career as a chemical engineer, she was already well equipped in the subject.

“What happened is, as I was going to school people kept asking me ‘Oh what’re you doing now?’ and I said ‘Oh, I’m in school. I’m becoming a teacher.’ and they were like, ‘Oh, Spanish?’… people kept asking me that and I felt like okay, maybe this is a sign. It’s guiding me to my path.” Harger said.

After much deliberation, Harger decided to attend Mount Mercy. She graduated in 2012 with a bachelor’s degree of science in secondary education with endorsements in math, general science, and Spanish. In Aug. 2013, she accepted her first full-time teaching position at Kennedy.

Harger is where she is in life because she wasn’t afraid of taking risks to find her “calling”, even though something else was initially planned for her. Life is something we have one shot at, so grab it by the reins, and enjoy it.