Kinder Kennedy: What Now, What Next? 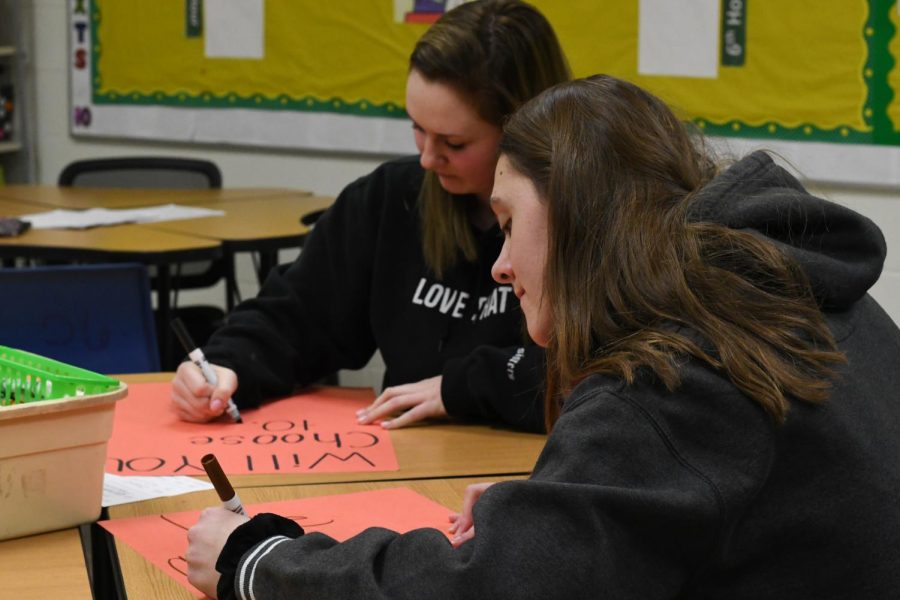 In a time where the world needs to be kinder, Kennedy is giving it a shot.

Kinder Kennedy strives to show respect and kindness to everyone. The leader, Christiana Langton, along with her co-presidents Star Swain and Samantha High, want the best for Kennedy High School.

“If you have something to say, you’re welcome to say it,” Swain said. “We don’t judge.”

The club meets every Monday after school from 3:00-4:00 in room 124. Students from all grades participate and enjoy time with each other.

“We try to make it very comforting in the group,” Swain said.

Students in the club are able to exchange ideas, work on projects and help others. In 2020, Kinder Kennedy plans to collaborate with Best Buddies to put sticky notes on lockers. The sticky notes aim to encourage students with positive messages.

“[Our goals are] getting more people together. We could do bigger things than just staying closed off into one group,” Swain said. “With more people we could do so much more.”

Green Bandanna and Human Trafficking also collaborate with Kinder Kennedy. They all help each other to respect the community and continuously support Kennedy.

“We do a lot of outside stuff like Thanksgiving meals, Christmas meals and a lot of stuff that you guys don’t see…,” High said.

“If we didn’t do what we do, a lot of people wouldn’t be at their best,” High said.