Boys Will be Boys and Girls Will be … 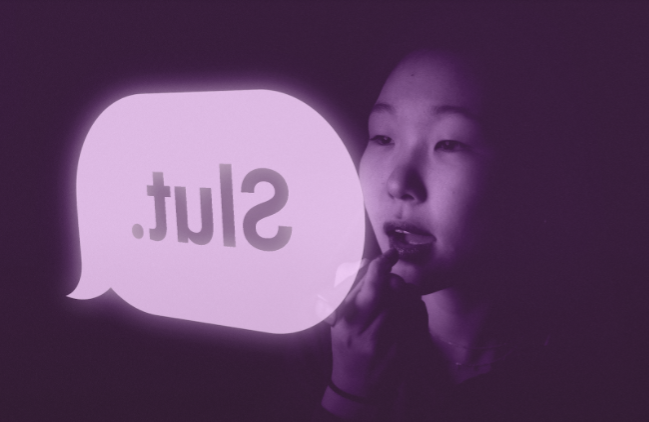 It is difficult to comprehend why the world we live in has become too harsh. Females everywhere are being criticized and judged by the way they act, dress, the friends they have, and so many other characteristics.

There is a term used to criticize women who are perceived to violate expectations of behavior and appearance regarding issues related to sexuality known as slut-shaming. There are various reasons people slut-shame.

From a personal perspective, slut-shaming hits close to home. Comments, glares, and inappropriate actions happen at Kennedy often. Sometimes, as much as we don’t want to admit, it escalates to more.

It could happen to anyone. It has happened to me and many others. Wearing a shirt that reveals a small amount of cleavage is enough to cause comments and judgment.

One day I was walking down the hallway in a low cut shirt and a skirt, all of a sudden guys I didn’t know were laughing and saying vulgar comments about my body. Ignoring those hurtful comments is not always enough.

“Be kind. Think before you say something, ask yourself is this something I would want said to me?” Officer Charity Hansel, school resource officer at Kennedy, said.

It happens everywhere. It’s on social media, through text messaging, or as you walk through the hallways. If you have been slut-shamed one time or multiple times, it’s almost as if you were branded like cattle. You will always have that mark on you. Students are too quick to attack and not always quick enough to understand.

“People do it to each other because they don’t know how to appropriately interact,” Hansel said. “It’s horrible to feel attacked. Whether a person is sexually promiscuous or not it’s none of our business and we don’t know if something is going on in their life or what they’ve been through.”

Slut-shaming is not limited to females, but it’s more common to hear a female get called an array of hurtful, nasty words than a male. Sexist comments are brushed off as harmless teasing, hidden under the disguise of “a joke”. Not everyone sees it that way.