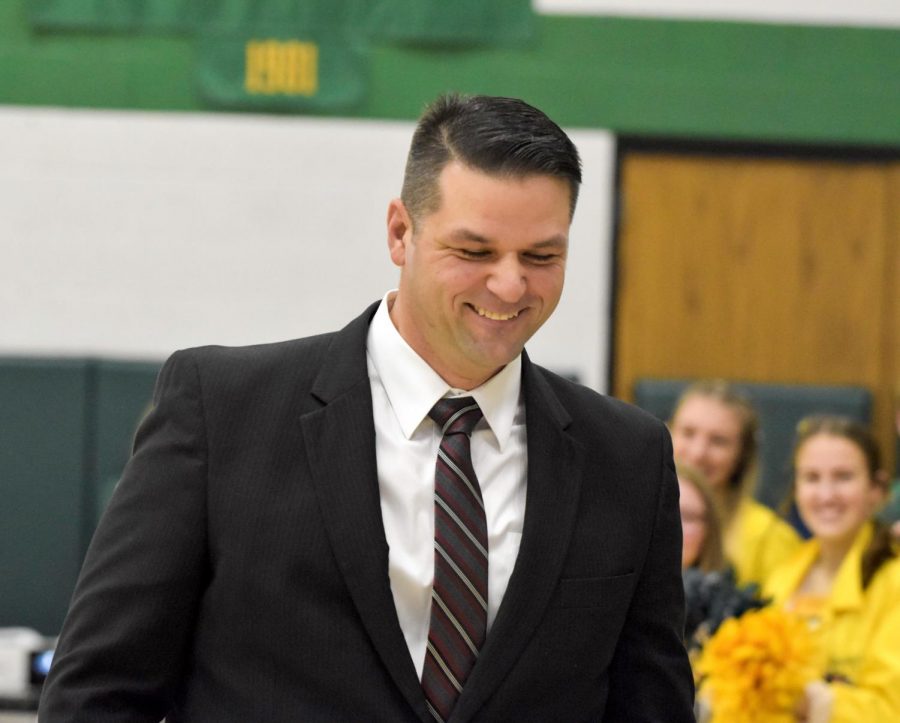 George Anderson walking into the gym during the pep assembly to accept the award.

Kennedy’s very own George Anderson received the Iowa Teacher of the Year award on December 4, 2019. It was presented to him by Gov. Kim Reynolds at the Winter pep assembly.

“As we deployed and traveled places I found myself always reading about the history and the culture of where we were going,” Anderson said.

After leaving the Marine Corps, Anderson decided to attend the University of Iowa. He graduated in 2006 with a master’s degree in Social Science Education. He has been teaching for 13 years and is the current assistant football coach.

“I decided that I wanted to go back into the community and find those students that maybe aren’t in love with high school,” Anderson said.

This award was created in 1958 and Anderson is the second teacher from Cedar Rapids to be granted it. The award is a great honor for someone to receive.

“Never in a million years… did I think I would end up here accepting this award,” Anderson said.