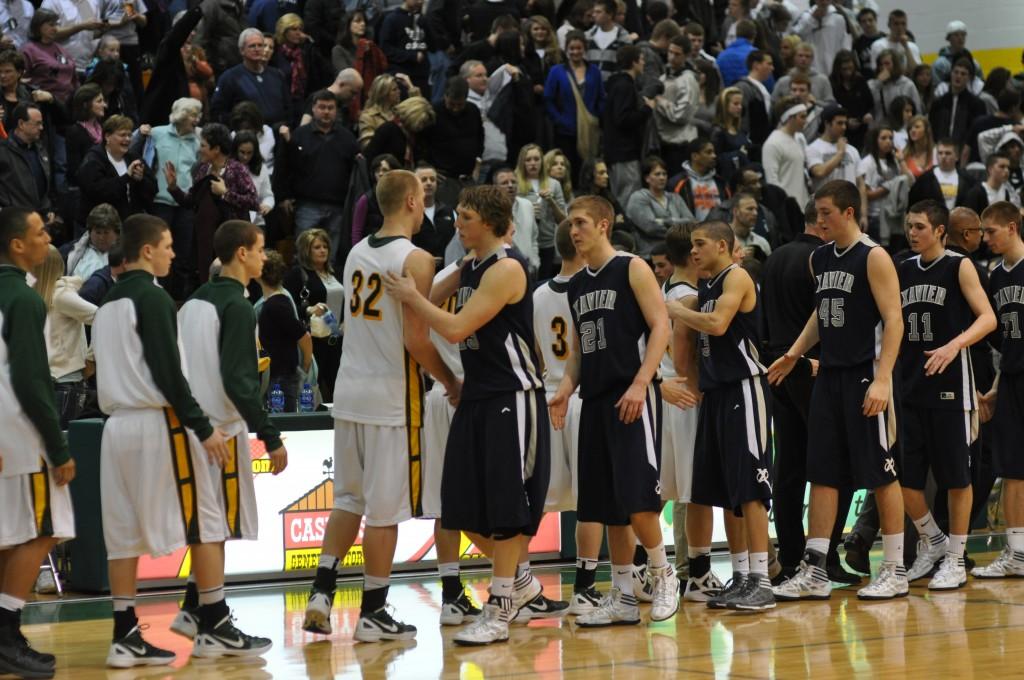 Kennedy and Xavier players tell each other good game after the Cougars defeated the Saints 59 to 45.

Another chapter will be added to the storied rivalry between Kennedy and Linn-Mar as the winner of Tuesday’s substate final will move on to the state tournament. The loser will have their season finished.

Earlier this season the Cougars upset the Lions 56-51 in the Cougar gym. Kennedy guards Darius Fuller and Trevor Heitland held North Carolina commit Marcus Paige to 3 of 16 shooting as he only scored 18 points. Fuller also lead the Cougars in scoring, as he chipped in 14 points.

The game will be played Tuesday at Prairie high school. Tipoff is set for 7 P.M.