Was Kennedy Hoco a No-Go? 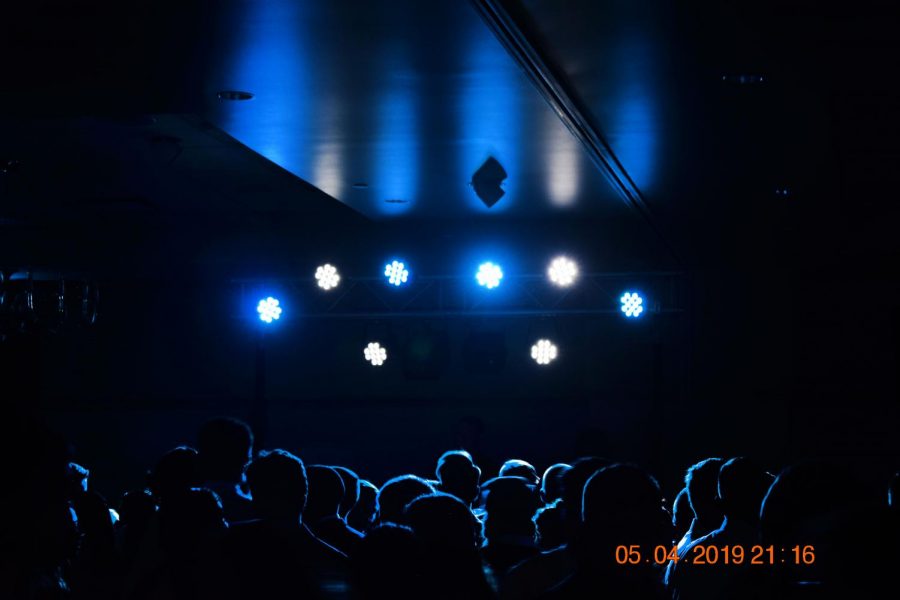 Disco lights at the 2019 Kennedy prom, contrasting the recent lighting situation at homecoming.

Every year, students look forward to walking into the darkened school, preparing to dance the night away at homecoming. This year though, students filed in, illuminated by gym lights, waiting for darkness that would never come.

Typically, Kennedy homecoming takes place in the west gym with the lights turned off, but due to various reasons, administration made the choice to keep the lights on.

“It’s too dark in that room. Past dances, I haven’t been able to see anything, and it’s a safety issue. I need to make sure that I can see what’s going on,” said Jason Kline, principal. “Past years, we tried adding more DJ lights, but it’s not enough. So, four lights were left on to help illuminate the gym.”

Student government had already made plans to deal with the darkness prior to the dance. Officers and advisors came to the dance, not knowing of the lighting situation.

Communication between Benedict and Kline was present, but misunderstandings still arose in regards to lighting. In the past, meetings had been held after homecoming to talk about future dances, but never before for preparation.

“We talked to Mr. Benedict about a few things, but I didn’t meet with [student government]” said Kline

Students complained of poor song choices, and felt their music requests were being ignored. All of the songs were chosen by the DJ based on recommendations, and they all had to abide by school guidelines, according to Benedict.

“We are following up with the DJ, and it turns out he played 23 songs from the 60 kids submitted on the list, so we need to obviously either work with the DJ to play more from the list or try a different DJ,” said Benedict.

Kline intends to meet with student government this Monday and Tuesday, in hopes to discuss homecoming and future Kennedy dances.