Selective Service for All 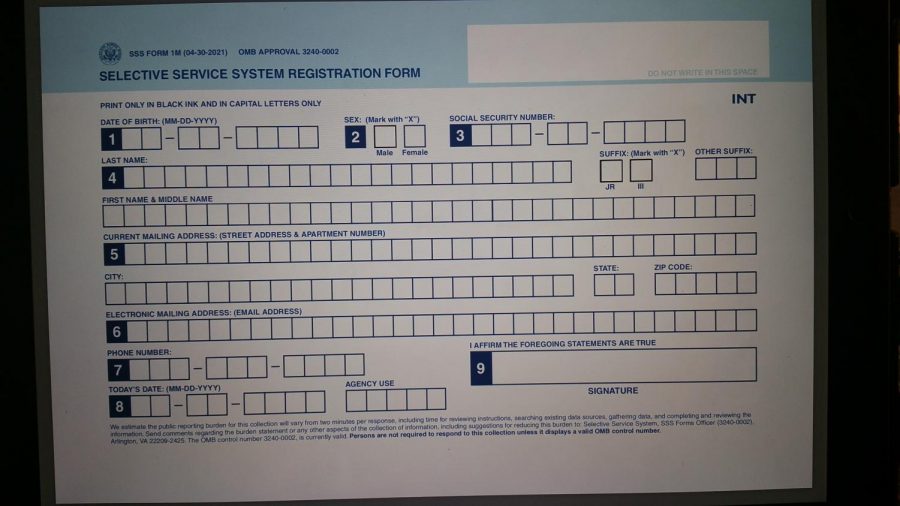 The form that is filled out of the Selective Service or draft.

Registering for the draft is something men ages 18-25 are required to do. However, the draft registration has started to open to women. It is about time for the draft to allow women to sign up, which is a great step for women in the Armed Forces and in society in general.

For a long time, women who have fought for this country were not recognized as combatants. That means that for years women wouldn’t get any of the benefits that go with military service. That changed in 1976 when women were recognized as combatants. In 2005, according to the National Public Radio, Leigh Ann Hester was the first women to receive the Silver Star Medal. This is the third highest honor a person can receive in the military. Now women are fully recognized by the military and get all the benefits that come with being a veteran. To earn this one must risk everything for their fellow soldiers.

This means that to some degree politicians respect women enough to give them the opportunity to sign up for the draft. From a military stand point this is great. If the country was ever at the point the draft needed to be used, why would they want to not use half the population?

Now lawmakers have gone one step further and have fully opened the draft to women. According to a ruling by federal judge Gray Miller, the draft being only for men was considered unconstitutional. This means women are being recognized as equals with men and will have to deal with the negative effects that come with not signing up.

Some people might be worried about signing up for the draft or Selective Service. The draft has only been used six times in the history of the United States. The most recent use was during the Vietnam war, which was 46 years ago, and the draft hasn’t been used since.

Women being given the opportunity to sign up for the draft is a huge step forward in give equality to men and women both in and out of the military. It is not mandatory for women yet, but it might become mandatory in the future.