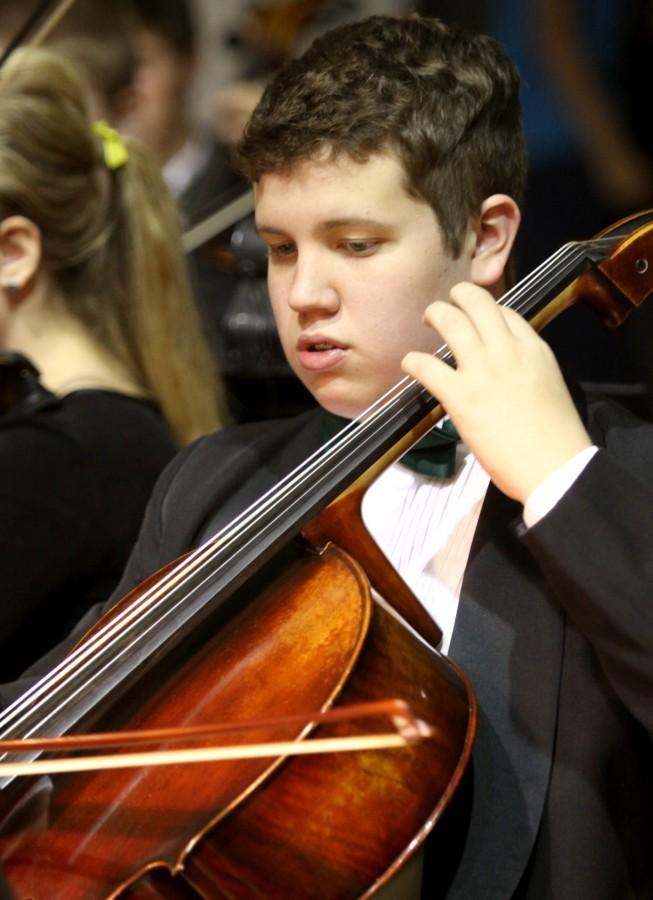 While most students were swimming in the pool and relaxing at home, Kennedy’s Robert Burton, jr., spent the summer touring Europe with the Blue Lake International Youth Symphony Orchestra. “I’ve never been to Europe outside of this group, so it definitely changed my life,” Burton said.

The Blue Lake International Youth Symphony Orchestra, BLIYSO, selected 245 high school students to perform with their choir and orchestra. Burton was one of their cello players. He has been playing cello since he was in fifth grade. “I was just put in the class,” Burton said. “I was very happy I was put as a cello.”

Burton found out about the trip through his private music teacher, Amy Phelps. John Hall, Kennedy Orchestra director, also recommended him for the trip. They helped Burton record and send the audition video. The audition had certain requirements. “You played songs they chose for you and one of your own choice,” Burton said.

BLYISO met in Michigan before they started touring. They traveled through a large variety of towns throughout Germany, Belgium, and France. “We played in a multitude of cathedrals, which all had their unique beauty,” Burton said.

The symphony consisted of players ranging from 13 to 18 years old. However, Burton says there is no age limit to when you can start playing. “If you can pick up an instrument and play it, you should be good to go.”

His favorite parts of the experience were the free time. He also enjoyed meeting everyone in the group. “All of the people were amazing and everyone was incredibly friendly,” he said. “You made friends very easily on the trip, since you were together basically for two months.”

His favorite performance was playing in Grenoble, France. They played in a church and learned about French culture. “Everyone was playing music and was just in the moment,” Burton said.

This trip changed his feelings towards orchestra. He now sees playing music as something he could pursue as a career. “I want to do it for the rest of my life.”

For those looking to be a part of one of these experiences, Burton has some advice. “Take the initiative, take the opportunities that you’re given! That’s what gets you good opportunities like touring Europe doing something you love.”