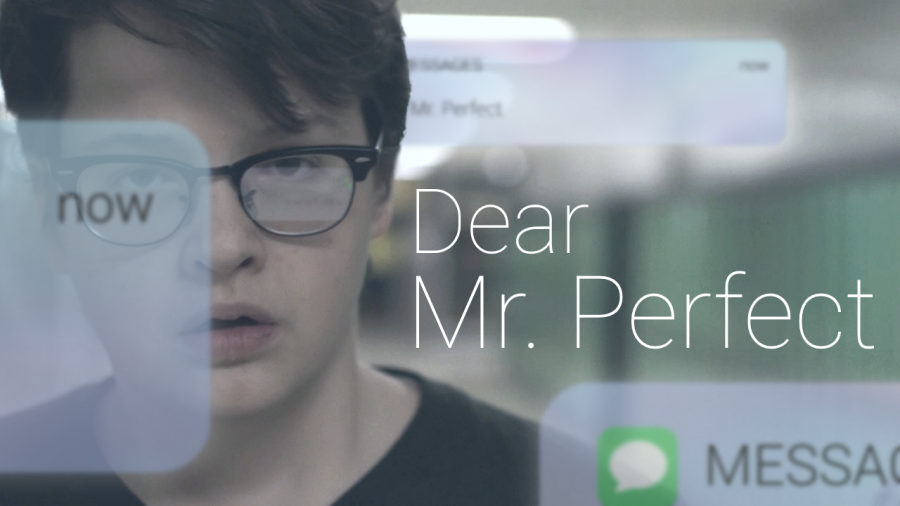 “It started off as me writing something random based off of multiple scenarios and different things I’ve heard that have happened or have experienced myself.” Nanke said, “Just like the main character, I wrote the words “Dear Mr. Perfect” on a piece of paper and just let my pencil fly. After that, I knew I wanted to create it.”

Written, directed, shot and edited by Nanke himself, it took six two-hour filming sessions as well as a large portion of his personal time to complete editing. The result is a five-minute story about the main character Andrew Hall, played by sophomore Josh Horne, who notices another student being harassed by the alleged “Mr. Perfect,” Neil Miller, played by junior Jaxon Steichen.  As a solution, Andrew decides to fight back by exposing Neil and revealing his identity online, a choice which he later regrets.

Although the cyberbullying aspect was not originally planned as part of the film, Nanke chose to address it from an alternate angle, coming from someone who thought they were doing the right thing, protecting the victim, Hope Carter, played by senior Zoe Baum.

“I believe that confrontation of a bully is necessary, though fighting fire with fire and becoming the thing you originally hated is the wrong move entirely,” Nanke said.

In the film, the main character expresses his dislike towards people who put others down, yet his act of exposing Mr. Perfect put himself on the same level.

“The message of the film is that you should stay true to your beliefs and not just care about the accolades or popularity it brings you. In the end of the film, I really wanted people to question whether or not Andrew was the ‘good guy’ or not, considering what he did,” Nanke said.