Living Out a Lifelong Dream 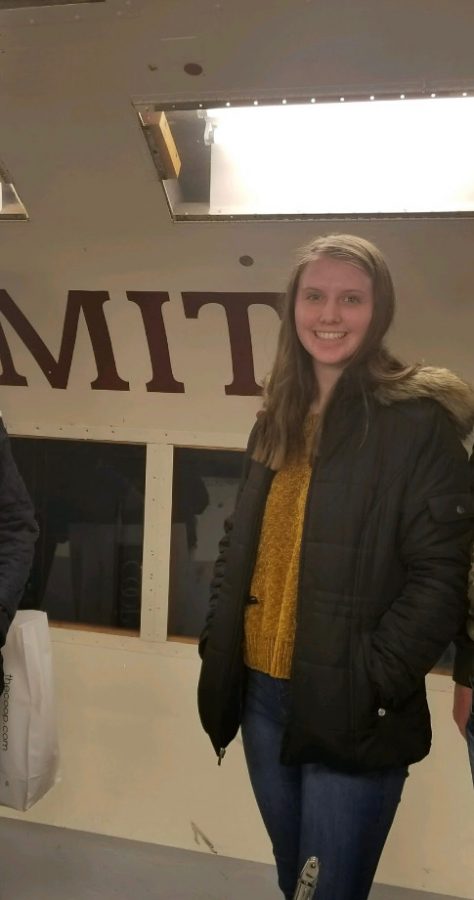 Olivia Shirm, sr., visited MIT in March of 2018. During this visit, Shirm began dreaming of attending the school.

Senior Olivia Schirm has had big dreams her whole life. Luckily, her extraordinary math and science skills have allowed her to live out one of her biggest aspirations. Beginning the fall of 2019, Schirm will be enrolled at the Massachusetts Institute of Technology (MIT).

“The moment we found out that I was accepted my dad and I bear-hugged and cried happy tears together,” Schirm said. Schirm’s dad has been her biggest supporter since she first became interested in the school during her seventh grade year and stuck with her throughout the grueling application process.

After visiting MIT, Schirm knew it was going to be her goal to make it there, and now that she’s officially preparing to make the move to Boston, she gets to begin deciding what her major will be. For now, she’s mostly considering aerospace engineering or applied mathematics.

“It truly is a positive, hard-working, and determined place to be,” Schirm said, “And I think I was drawn into the fact that everyone there is similarly as passionate and inspired as me.”

When Schirm visited campus for the first time, she knew she belonged there. The campus offers several things that check Schirm’s boxes and she is extremely excited to get to MIT and get involved. She is especially interested in the rocket team, as she is hoping to one day be an aerospace engineer.

“I have to thank all of my teachers I have had in the past and have currently,” Schirm said. “Each one has given me immense support along the way, and part of who I am is because of them.”

As a school with an 6.6% acceptance rate, Schirm definitely had the odds stacked against her, and she was discouraged during portions of the application process. She expected to be deferred, and was shocked and elated to find herself a future MIT student. Though the statistics weren’t in her favor, Schirm stayed positive and encourages others to do the same as she did, go for it.

“Nothing is impossible, don’t let the statistics or pressure get to you,” Schirm said. “It’s all about what you put into it and frankly, luck with the admissions council.”