A Stranger in His Classroom 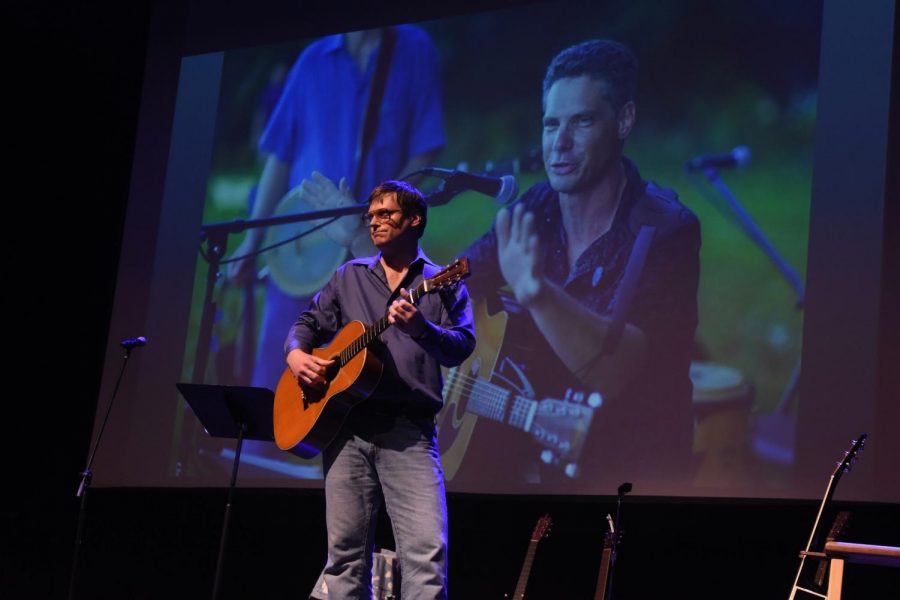 "We were very close, once a month on the third Friday of every month we would host an open mic night in Cedar Falls at the Cup of Joe coffee shop," long time friend of Mr. Nees, Bill Guernsey, said.

As most Kennedy families, students, and staff know, one of our fellow members tragically passed away in a car accident on Thanksgiving Day, 2018. Rick Nees was an outstanding teacher. He created fun ways to teach his students complicated material. He sang to his class on some laid-back afternoons with his guitar and occasionally his harmonica. Mr. Nees joked, he laughed, he lived.

Mr. Nees was truly one of a kind. He created bonds unbreakable and friendships I know many people will remember for a lifetime.
However, his classroom could not stay empty forever. Math needed to be taught, and Nees wouldn’t have wanted us to sit and sulk.

Taking over his classes is a man who Kennedy calls Mr. Warner. Or sometimes even Mr. Shaggy, due to his remarkable resemblance of the character Shaggy on the widely known T.V show, Scooby Doo. He’s a tall slender guy with a blinding smile and always has a corny joke prepared. Many students call him a good fit for the classroom. He matches Mr. Nees’s energy level and definitely has a sense of humor.

We had heard everyone else’s story and how they dealt with the transition. At open mic night, on social media, and in the hallways. We had asked everyone except for the guy teaching in Mr. Nees’s classroom.

Mr. Warner recently moved to Iowa and just accepted the job at Kennedy to be the building sub in September of 2018. Just a short six weeks had passed, and Warner was already put in a classroom with a yearlong job. He didn’t know most the staff and wasn’t familiar with the school yet. Warner expressed to me that he was very nervous about taking the job. He thought the students would think he was trying to replace Mr. Nees.

“Some kids were rude the first week, but I was never offended by it. You guys were mourning, I expected it,” Warner said.

Although Warner didn’t know Mr. Nees before he passed, he said it was easier to sub in not knowing him. Warner added that not having a connection with him made it simpler to take the class forward and stated, “I don’t know how it would’ve gone if I did know him.”

After talking about how the student body reacted to him, he began complimenting the staff.

“I wouldn’t have been able to do this if they hadn’t been helping me out,” Warner said.

Throughout the weeks Warner has been asking for advice from lots of staff members and said everyone was so helpful.

“It was so cool how they all came together to help me out,” Warner said.

As of today, Mr. Warner describes the classroom mood as fun and exciting. He enjoys teaching an actual class “100 times better” than subbing. Warner plans to apply for the full-time job in the summer and looks forward to a fun and productive rest of the school year.