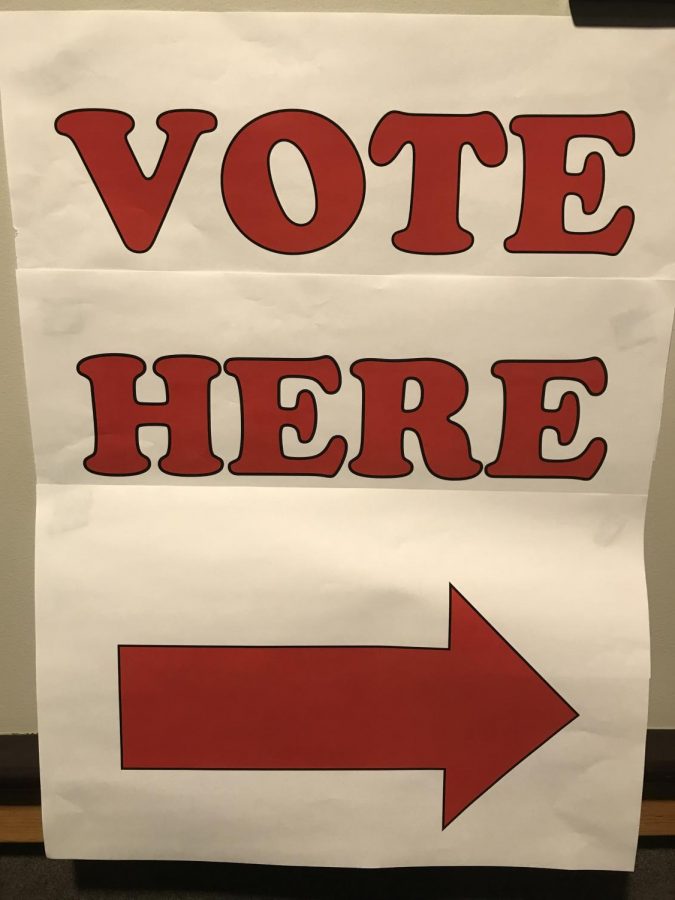 A poster outside a polling station on Nov. 6. This poster alerted voters approaching the polling place. On Nov. 6, midterm elections took place.

As this generation approaches the age of eligibility to vote, there is a big question mark over the reason for Millennials’ lack of voting.

“For this coming generation, there is a huge social media push that we’ve had from a younger age,” Olivia Vander Sanden, sr., said. “The platform that offered everyone’s voices to be heard kind of drew me in and made me more engaged.”

Vander Sanden had the opportunity to vote for the first time during the 2018 Midterm Elections. She knew she was going to vote because of how crucial the situation is, and most of it came from her new understanding that every vote counts.

“I feel like the young voter trend is more outlined than it ever has been,” Vander Sanden said. “As young people that are getting ready to vote, we have a trend of different values than adults and baby boomers, which is what makes the young voter count even more important.”

Vander Sanden sees that this generation has been entrenched in more inclusiveness than any other generation, and hopes to see that be reflected in youth voter trends in the coming years.

“We definitely have the power to do it,” Vander Sanden said. “We just have to make sure we follow through at the polls, and that we aren’t the generation that wants to make a lot of changes happen, but never do anything about it.”

Vander Sanden sees the potential in the upcoming generation and that it has a strong voice, it’s just whether or not we’ll use it.

Vander Sanden’s advice for future voters is to become educated on the candidates even if you aren’t able to vote in the coming election, as this provides practice for the real deal. This can also avoid voting a straight party ticket, Vander Sandens other warning, as each candidate is different and shouldn’t be defined only by the party they represent.