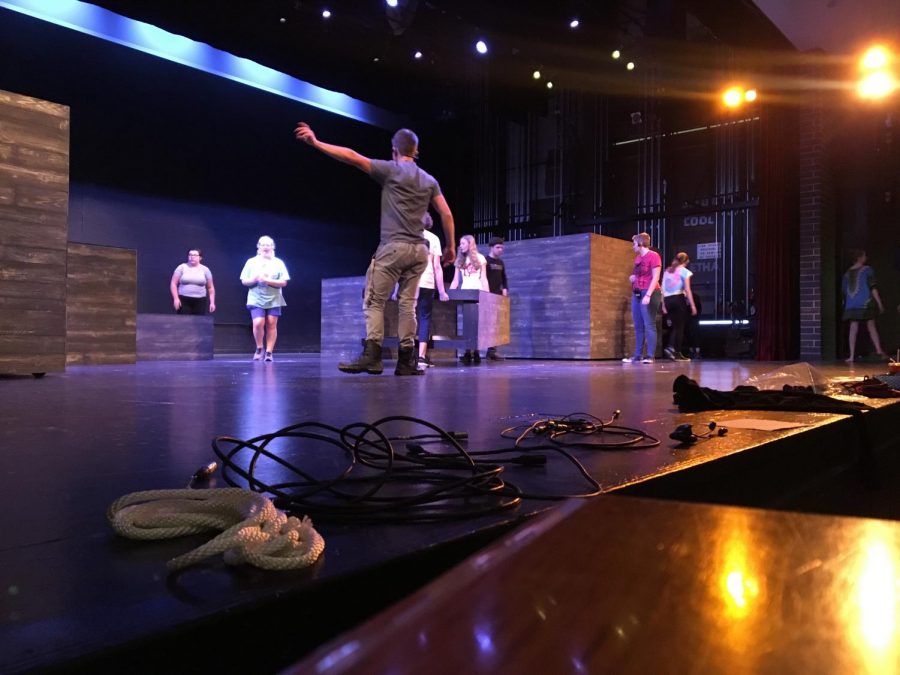 The Peter and the Starcatcher cast at their rehearsal.

This year, the Kennedy drama department chose Peter and the Starcatcher for their annual fall play. The school wide preview for the show is on  Wednesday, Sept. 26, and the actual showing of the play is on Sept. 27, 28, and 29.

Peter and the Starcatcher is related to the popular children’s story Peter Pan, which is about a mythical world that has fairies, pirates, and children who never grow up.

“It’s the prolog to Peter Pan, so it tells how Peter Pan came to be and his backstory,” Zelda Siegel, so., said.

The scenery of the play is broken into two parts; the first set consists of a boat with lighting effects to create the image of a storm at sea, and the second act takes place in a jungle.

“The cast and parents helped to paint [the jungle] using a giant canvas donated from a show nearby,” Siegel said.

For the cast, the play this year is allowed members to connect with each other on and off stage.

“When we were reading it together for the first time, everyone kind of paused at the end and was like, ‘this is really powerful’, so I think everyone should come witness that,” Siegel said.

Tickets for the play are being sold at $8 for adults and $5 for students. Tickets are on sale now at this website.