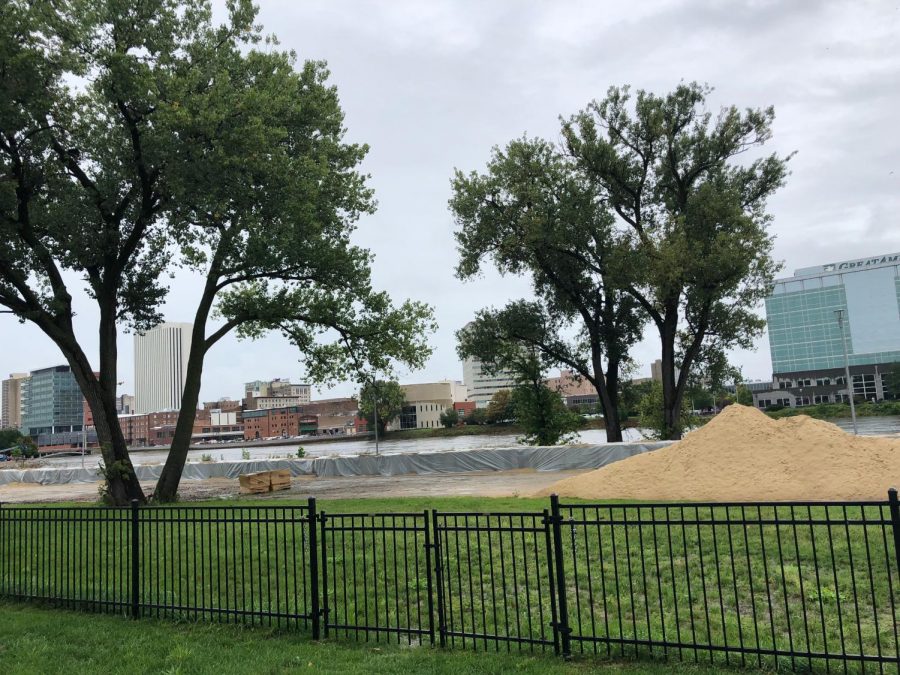 The city of Cedar Rapids is beginning to prepare for the potential 17.5 foot crest of the Cedar River, expected to happen on Sunday. Many CR residents are feeling deja vu back to the flood of 2016.

Senior Sage Decker recently moved to a loft building downtown, and has been near the action the community is taking to prepare for Sunday’s crest.

“I have been seeing machines putting up the Hesco flood barriers since yesterday night, as well as piles of sand ready to be bagged on the path along the river,” Decker said.

Decker’s building is located right along the path of the Cedar River, so it’s likely it will be affected.

“I live on the second floor so I probably wouldn’t be affected right away, but there are businesses on the main floor as well as in the basement that would have damage sooner than my home,” Decker said.

Residents will have to keep updated on the predicted whether, so that they can help prevent most damages.

“Since the community has been through this before, everyone is starting to prepare themselves just in case the river does end up flooding,” Decker said.

For more information on the possible flood, click here.