We Are Numb to Violence 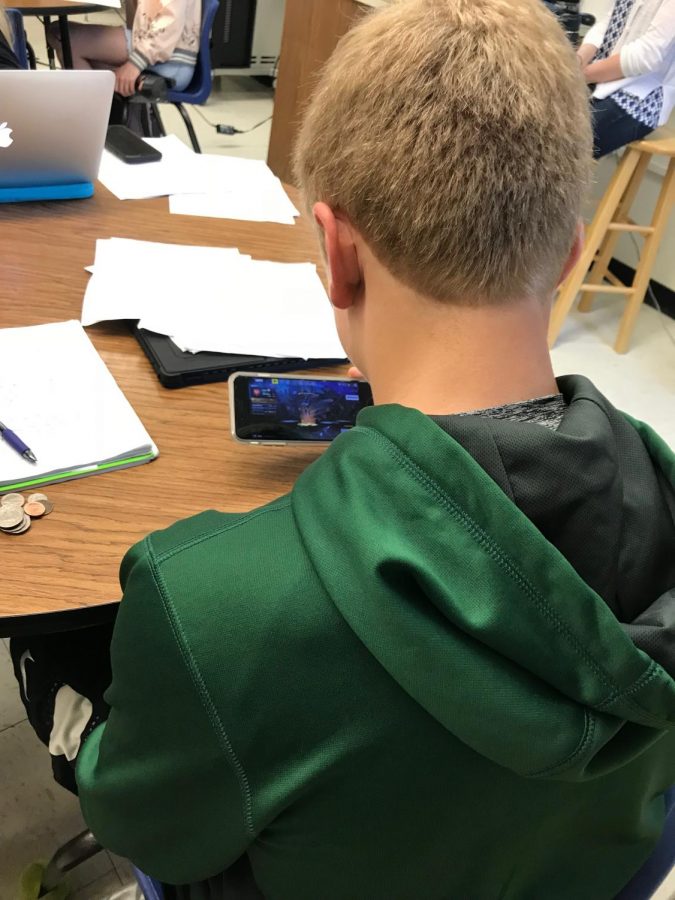 Senior Jackson Foley plays Fortnite before his first period class. Fortnite has risen to great popularity at Kennedy and is played by a wide variety of students.

People have started to notice that something is not quite right. We are all starting to see that with all the violence in the world and even here in the US, people are becoming numb to violence.

When something like Parkland happened in the past people, in the very early 2000’s, would be all over it and things wouldn’t go back to normal until almost a few months later. Now after Parkland people are protesting but the emotion that would have been in it has just gone away.

Caleb Kery, a junior at Kennedy High School, had some thoughts about whether he thinks he is numb to violence.

“I don’t believe that violent movies or games can cause you to become less empathetic toward others,” Kery said.

That is where he is wrong. A psychological study report showed the opposite of what Kury said. The study showed that after people watch a violent movie or played a violent game for 20 minutes. Then they had an actor, act injured, from a fight or a fall. They were able to tell that the people who did play the violent videogame or watched the violent movies either took a long time to help or just didn’t help at all.

There is just so much violence in the world and the games kids play just makes them feel less emotional about how wrong everything is. People also start to think, after playing some Call of Duty games, that they know about war. They think that they are special forces or something. These are six-year-old kids doing this and not some older guy or girl.

What is even sadder that watching some six-year-old kid playing games like COD is thinking about how their parents just let them do that. Seriously parents just let the kids doing that without realizing that a small child shouldn’t be allowed to do that.

People think that they are some hero that will save people. To be honest they probably have never held a gun let alone fired it. They probably haven’t even killed something other than an annoying bug. They might not even know what a really gun sounds like. This means that when they do hear gun shots they wouldn’t really know what it even is.

People today are still failing to realize that no matter how many different videos and stuff they show to kids or adults it won’t make a difference. They will only listen to what their parents tell them if the kid thinks it has relevance. The movies that some parents let their kids watch isn’t really helping to much either.

I know that I am kind of numb to violence because I have played those violent games. The only difference is I didn’t start playing till I was 14 years old. That is a huge difference than what others have done.

Everywhere in the world there is just so much violence and hate that people have toward the world and each other. It has become so often that people everywhere just stop paying attention to it. This is wrong to say but it needs to be said we are going numb to violence and the sooner we realize that, the sooner we can start to do something about it.