The Right to Live 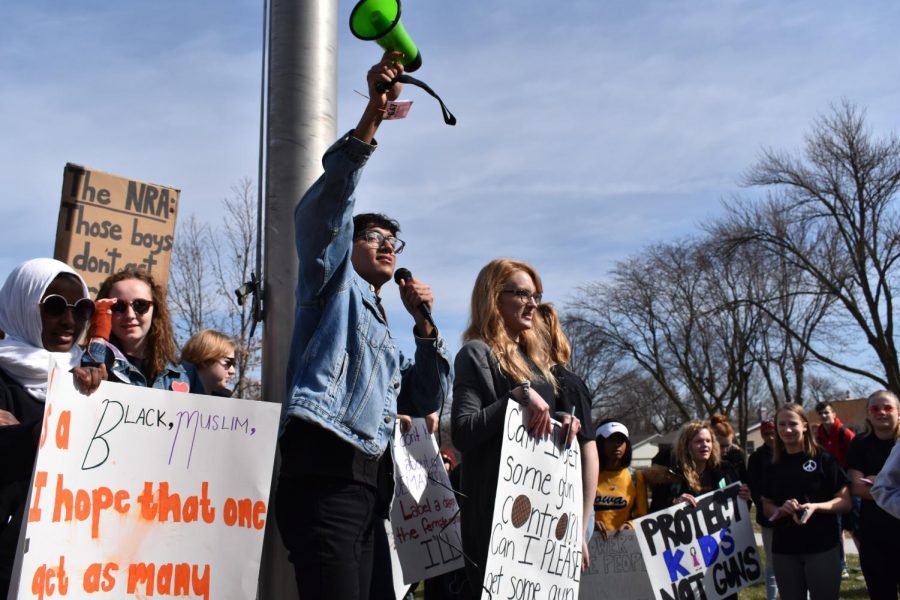 The students paid tribute to students who have been part of gun violence.

Students are going to school every day, worried that they might get shot while trying to get and education. Isn’t it sad that we must think about the possibility of death more than our GPA?

So many problems could be solved in America if we merely had stricter gun control laws. No one is saying to completely get rid of guns. We’re saying to regulate who can get them and make it significantly harder for the everyday person to obtain a gun. It was known that the Parkland shooter had many mental health issues, such as OCD, ADHD, and anger issues, and yet still easily purchased at least 10 guns.

Violence will exist, but the number of casualties that come from the violence can be decreased exponentially with stricter gun control. If the Parkland school shooter had walked in with a knife, he would not have been able to murder 17 people in minutes.

In the Netherlands, there was a man who had brought two knives to a school and tried to stab students, but students were able to fight back, and defend themselves with their backpacks. There were no casualties. If that man had obtained a gun, the situation would not have had such a happy ending. You can’t fight off a gun with a backpack, it’s just not possible.

Mental health is the excuse that most of the adults go to when gun-control is brought up. They’re saying that if us kids are nicer to each other we won’t die. But mental health and bullying is an issue all around the globe. Mass shootings are only an issue in America.

Excuses are made by greedy politicians, who are only blaming the children, and not actually listening to us. We are citizens in America, and we all deserve to get a say in our own lives. Gun control is something that we need as a society, because children may only make up a small percent of the population now, but we are the future. We are the new generation and we deserve the right to live.