What a Bucket of Batteries Can Do 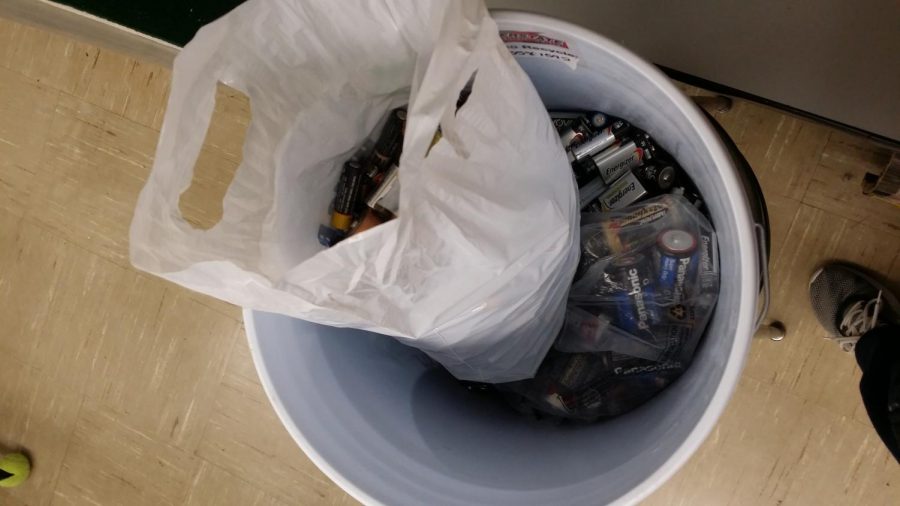 Kennedy’s Green Team consists of five seniors, Spencer Davis, Mackinzee Macho, Alexis Peterson, Sydney Ross, and Grace Duffy. The group’s two advisers are George Anderson and Patrick Cory, who help them understand current issues of the school and the changes that could be made.

“Because it’s expensive to break down batteries, they end up going into landfills causing water and soil pollution with its toxic chemicals,” Anderson said. “Interstate Batteries sponsors this event, so they actually come down here to collect the batteries, which they will break and reuse.”

The motto of this challenge is to “Keep America Beautiful” by preventing batteries from going into the landfills. In doing so, the Green Team is accepting as many of the following types of batteries as possible: Alkaline (non-rechargeable, various sizes) AA, AAA, C, D, 9V to be dropped off in Room 106.

This challenge however, rests on the hands of the staff and students of Kennedy, willing to take the time to provide any good batteries they can find from home.

“Interstate picks up the batteries from all the schools participating, and the school with the bucket of batteries weighing the most wins the challenge,” Davis said. “The winning school gets “Green Bucks” that can be spent on the school to make it greener.”

The team is surprised by the show of people turning in batteries to help their cause, and seeing that outcome they hope they can get more people involved.

“I think asking people to bring in batteries and collect them in a bucket, is a fun way to promote our idea,” Davis said. “Everyone has batteries, so this can really help us collect a large amount and hopefully win. The bucks earned from winning can be spent to improve conditions of our school, and save energy.”