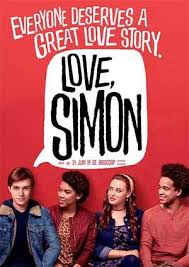 Love, Simon wasn’t marketed as a rom-com, but it sure felt like one. The latest young adult book to get its movie adaptation, Love, Simon isn’t like that last movie you watched staring teenage protagonists.

Love, Simon was genuinely funny and well-cast, starring Nick Robinson as Simon, who starred in last year’s YA adaptation of Everything, Everything. The characters were all likable and relatable, but remained flawed, facing problems the everyday teen actually goes through. There was no cringe worthy teen dialogue, instead the teenage protagonists were smart and well-aware of the world around them.

Its heartfelt message also allowed it to succeed, adding weight to a cute and fun story in a beautiful way. And while this movie maybe didn’t look like a rom-com, it was one.

Like a classic rom-com, Love, Simon had all the same emotions, nervousness at the possibility of a new relationship, the awkwardness of a public profession of unrequited love, the sadness of having friends leave when they are needed most, and the happiness of when things finally work out just in time for a kiss before the credits roll across the screen.

Maybe instead of thinking that the rom-com genre is dead, we should think of it as evolved. Maybe we should stop thinking that a rom-com has to be a love story between an adult man and woman that takes place in a big city. Maybe rom-coms should be more reflective of the world around us.

Simon states in the movie, “Everyone deserves a great love story.” And isn’t love something we can all get behind?