Emma Bedard: Kindness Both Inside and Outside the Classroom 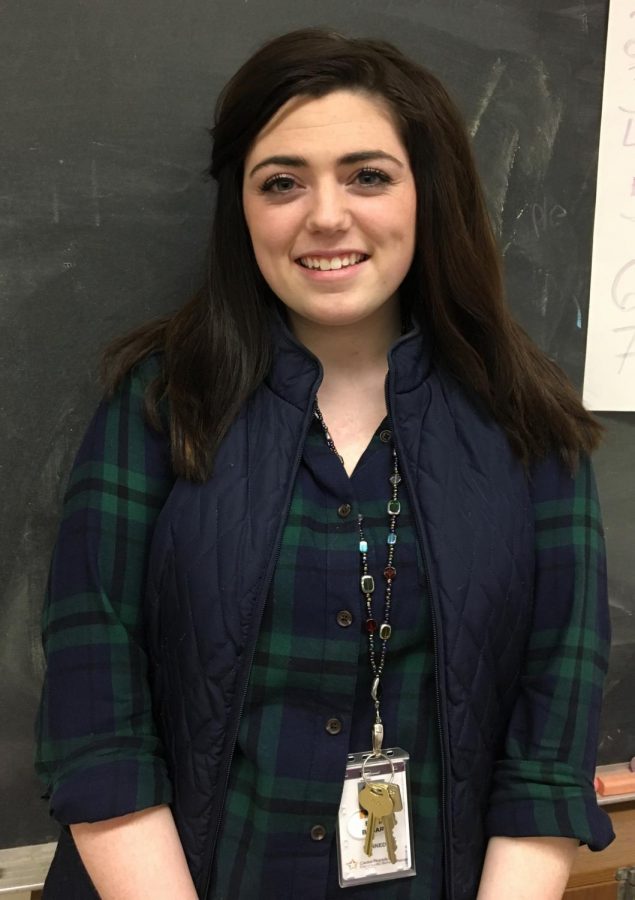 Emma Bedard smiles, something you can see her doing often.

“Growing up, I was extremely shy. I used to hate talking in-front of people and talking to people I didn’t know,” Emma Bedard said. Anyone who knows Bedard would never guess that this statement is true.

In February, Bedard began at Kennedy, and was instantly liked by many students and teachers. Part of this is because of her outgoing character, which makes her prior “reveal” regarding shyness so difficult to believe.

It was there, at Iowa State, that she discovered a love for serving others that has shaped her into the person she is today; a kind one.

In college she was involved with the program, Alternative Breaks, which is how she went on her very first service trip during a Spring Break. Since then, her love of service and mission trips has only increased.

“I like to help out when I have free time,” Bedard said.

From these trips, as well as other factors, Bedard developed a quote of her own that she has brought to life in her own way and strives to live by it day by day.

“I try to be nice to everyone, because you never know what kind of day they’ve had, or were they’re coming from,” Bedard said. “One little act of kindness can go a really long way.”

Her students have noticed. They are taught in a way that makes them feel cared about and like Bedard truly wants them to succeed.

Another thing her students notice is that she is a tremendous nerd, which Bedard embraces wholeheartedly.

She love to read, saying that, books provide a way for her to be out of her own world for a time, and experience the life of the characters found within.

“A book or a movie or a TV show can remove you from anything you’re worried or stressed about and you can be in somebody else’s world for a little bit,” Bedard said. “It’s cool that those sorts of things can do that.”