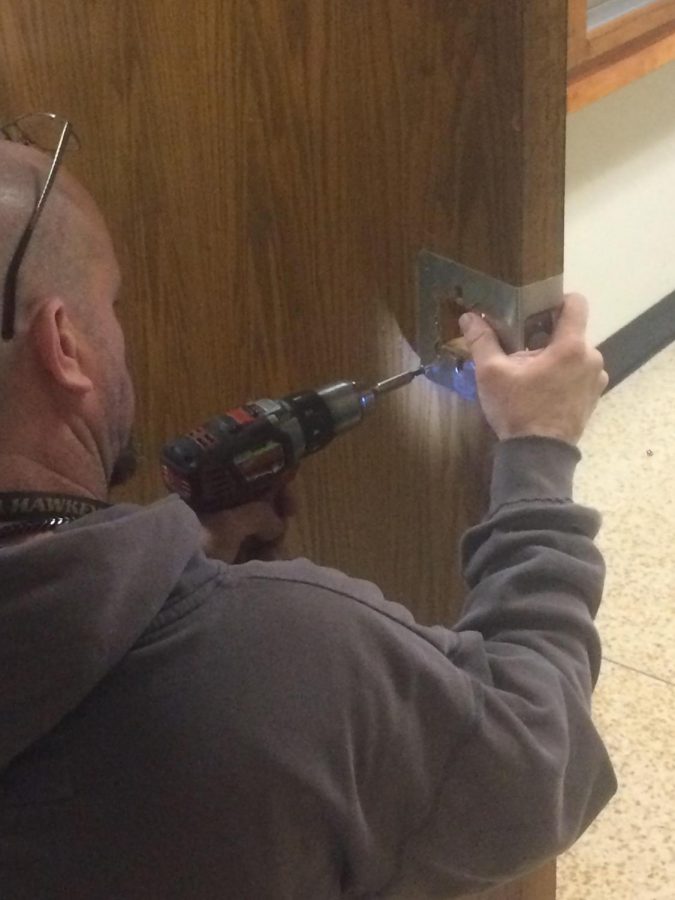 Kennedy High School has taken a few changes in security measures in the last week of February and early March. As many students and teachers have seen, there is a district facility technician going around changing every door knob and lock in the school. Kennedy is also locking all doors during passing time.

“Definitely, the doors lock from the inside, and it will be safer behind the doors with the new handles that lock than the ones before,” Aaron said. “We are going to be recycling the old door handles.”

Some people may think that the new door handles are in response to the recent Parkland Florida school shooting, but the Cedar Rapids School District actually started to take out old door handles four weeks ago. Installation processes in the district started two weeks ago, as Washington High School already has new door handles installed.

James Muench, an associate principal at Kennedy, deals with the building updates and building maintenance.

“The district is paying for the whole project, I have no idea how much this project is going to cost,” Muench said. “There has been a great need for new locks around the school and this project has been in the works for more than a year.”

In response to the recent Florida shooting, Kennedy also started to lock its building doors during class passing times as a safety concern for students.

“Some concerned parents and students have voiced their opinion saying that it would be safer to lock the doors,” Muench said.