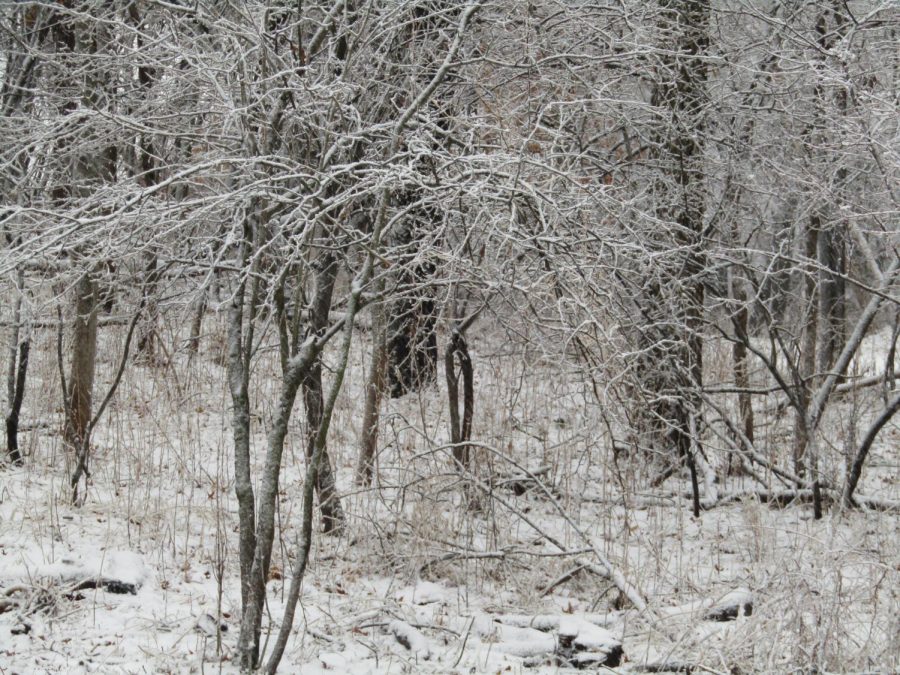 Yesterday there’s a good chance you were enjoying the 55 degree highs and sunshine. After today’s weather, you might be frustrated with pouring rain all morning that turned into heavy snow by the afternoon.

“I’m so tired of having 50 degree weather one day and snow the next,” Bibiana Granadillo, jr., said. Her irritation with the drastic changes in the weather sprout from her numerous activities that go on in other parts of Iowa, and having to cancel them based on the forecast.

Snow in the forecast took many by surprise following the previous weeks of mild weather in the 40s and 50s. There is currently a 40 percent chance of snow during most of the day tomorrow.

“I don’t want anymore snow, the roads were so slick and my car kept sliding ”

Less than a week ago the temperature hit 64 degrees. Tonight, families will be shoveling their driveways covered in snow and will be scraping their windshields tomorrow morning that iced overnight.

“Iowa weather is more confusing than algebra,” Reya Sands, jr., tweeted. Twitter is also crowded with tweets about the weather and is popular among those who have become frustrated with the reversal of the weather.

It’s no question Iowans are ready for warmer spring weather. It’s just a matter of when we will get it.

“I just want the weather to decide what it wants to do, I’d prefer it stay warm but I really just want it to be consistent,” Granadillo said.