The Impact a Voice Can Have 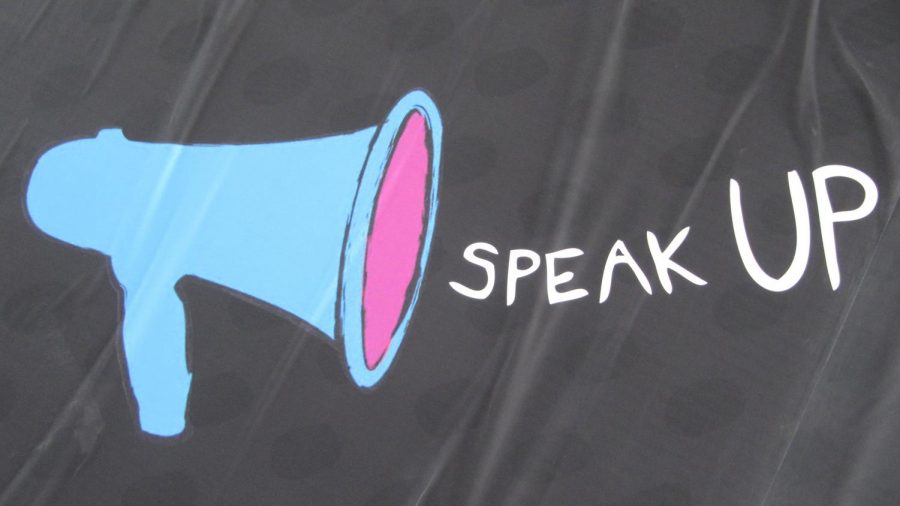 Of the seven billion people in the world, you may feel insignificant as one single being. Enacting lasting change can seem like a daunting or impossible task.

Sometimes I imagine myself standing in a circle with everyone else in the entire world and everyone is shouting into this impossible void between all of us, trying to let their voice be heard.

It’s hard for me to think I can make a difference when my voice isn’t heard. My voice is lost in the vast space created by the masses of people, drowned out as everyone tries to get across their own personal causes and issues.

It can seem even more daunting when the people surrounding you are older, and are supposed to be wiser, people who society has deemed as adults worthy of authority. It’s not unusual for one of them to dismiss a young person’s voice simply because of their age, thinking their judgement isn’t sound and that therefore they are not to be taken seriously.

What’s ironic is that just because you’re old, doesn’t mean you’re wise. Sometimes young people can have a most surprisingly clear viewpoint. Every voice matters no matter their age.

Just one person can be the voice that urges others to speak as well. There shouldn’t be an age limit on the positive messages that can come from standing up for something with your voice.

Right now is a monumental moment, as more and more teens are taking responsibility to make the world a better place. Young people are tired of what they see and are striving for change in areas adults are too scared to even talk about.

On Feb. 20, young people in Florida let their voices be heard. Students at West Boca Raton High School in Florida walked out and marched to Marjory Stoneman Douglas High School to express solidarity with the community. They didn’t falter to think of their voices not being heard, they believed they could make a difference and forged ahead, causing people to listen. Their voices are being heard.

Recently, young gymnasts found their voices and spoke out about the doctor who abused them, an act most adults tremble in fear of.  Their bravery has allowed other young people to have the courage to speak out about the harassment they too have suffered. Those young gymnasts took a risk and a brave step, and spoke out, leading to the imprisonment of the doctor who abused them. They were able to make a difference with their voices.

On Jan. 21 women of all ages, including teens and children, flooded the streets of cities across the country for the Women’s March. Young women were welcomed by their older counterparts, and no one was pushed away, allowing young voices to be heard.

On Feb. 20 students of Iowa City High School and Iowa City West High School, as well as middle school students, walked out of class to protest at the Old Capitol Building in Iowa City, Iowa. This act caught the attention of ABC News. The best part is that I first heard this story because it was brought to my attention by an adult on Twitter speaking of these students’ actions.

Adults are taking notice, and some of them are willing to listen. Students in Iowa City knew that their actions had the chance of being recognized and they also knew they had to take advantage of this opportunity to be heard, so they went. They got up and walked out and they were noticed. Their voices were heard as they marched for what they believed in.

My own voice matters and I can create change.

As an 18 year old, I have the right to vote. I have accepted this responsibility and I am beginning to get involved. I have been emailing my representatives, reading their newsletters, and responding to their polls asking me what issues I would like to see supported.

Even though I’ve just begun to take these steps, you don’t have to be 18 to take advantage of these opportunities. The power of your voice isn’t limited to you being a legal adult, use your voice, and don’t be afraid to let it be heard. Become involved in your local politics and be knowledgeable about the people representing you. By supporting the issues we find crucial in our city, state, and country, our voices can be heard around the world.

My picture of everyone standing in a circle, endlessly disappointed that their voices aren’t being heard can change. Instead of shouting into an endless void, we should turn to the person next to us, no matter their age, and listen to what they have to say. What if they considered and pondered and decided to agree with you and they turned to the person next to them.

Soon enough, half the circle could be shouting the same message, and that’s hard to ignore. Suddenly enacting change doesn’t seem like such a daunting task. This is the picture young people should hold on to, this is the picture they should strive for. It’s too easy to give up if you don’t think you have a chance.

Young people have more than a chance, they have an opportunity and a voice, and it shouldn’t be dismissed. Everyone’s voices matter.