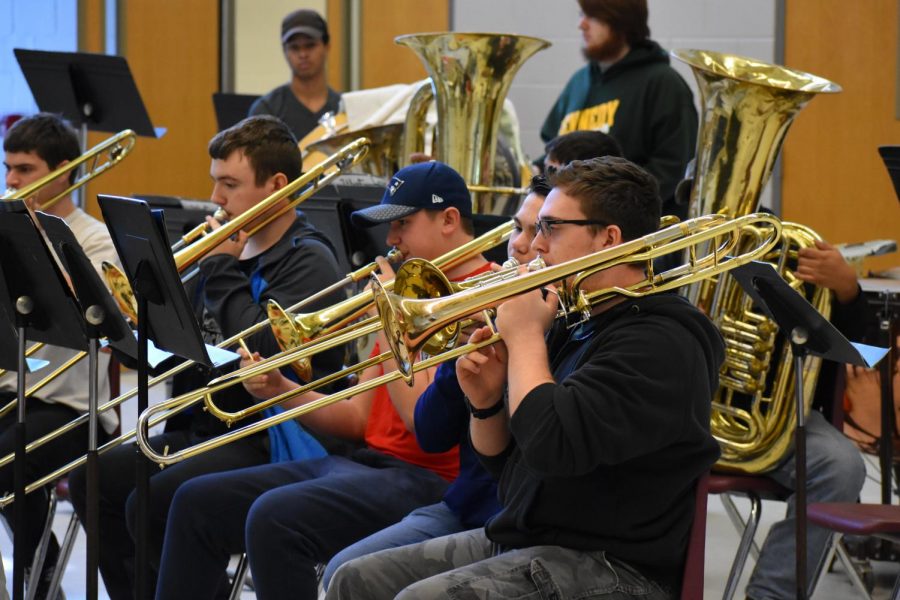 Kennedy High School will be holding a Band Carnival on Friday, March 2 from 4:30 p.m. to 9 p.m. It plays as both a fundraiser for the band department and as a chance for middle school bands to perform.

It is free to enter, and open to anyone. There will be food, games, a silent auction, bingo, and of course, music, all of which to raise money for the band. Band Director Jared Wacker said the carnival event has been going on every year for the past 30 years.

“It’s been nice to watch all the bands play in the same area, with ranging abilities,” Logan Barr, sr., said. “It’s good way to see all different types of band performances ranging from Jazz to Concert.”

During the auction, people can bid on hotel stays, tickets for Cedar Rapids events such as Theater Cedar Rapids, and other items donated by students.

All of the games and some behind-the-scenes setup will be done by the band students in hour and a half shifts.

Games such as a candy bar walk, two bean bag tosses, a ring toss, ‘band’ pong, go fish, duck pond, Plinko, basketball, and bingo, and henna will be available. When playing the games, you can earn tickets, and turn them in to get prizes such as gift cards.

Custom buttons will be available for sale, made by band students.