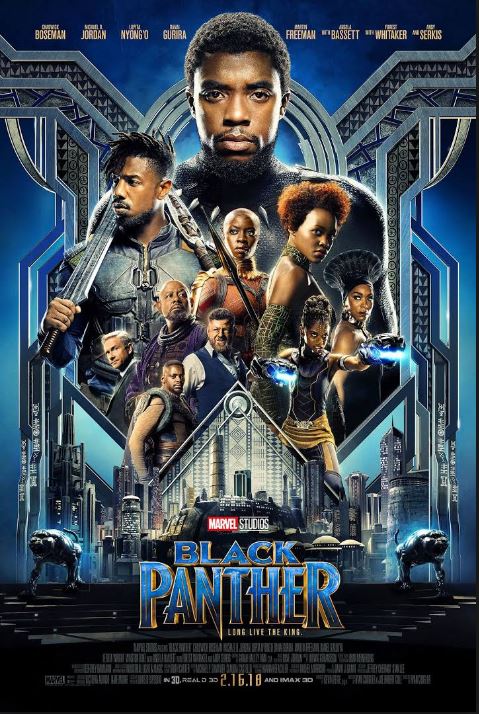 Black Panther, one of the most anticipated movies of 2018 was released on Feb. 16.

As excited as I was about seeing the movie, I was worried I would not see a lot of action and that the movie might not have a gripping story behind it.

I was wrong, and I was more than happy.

The story was focused on T’Challa (Chadwick Boseman) who faces the responsibility of ruling Wakanda after his father T’Chaka’s death. Wakanda is the most technologically advanced countries in the Marvel Cinematic Universe, because of its abundance of vibranium this has been used by his sister Shuri (Letitia Wright) to make great advancements. This precious and rare material is what Erik Killmonger (Michael B. Jordan) and Ulysses Klaue (Andy Serkis) have set their eyes on in hopes of acquiring global dominance.

The character I found most interesting was Erik Killmonger, who is the main antagonist. There was a story behind who he really is, and why he became what he is, which shows the complexity of his character and what he brings to the movie.

The music and sound effects gave a traditional and rich vibe of African culture to each scene with equal intensity. This helped to bring up some of the breathtaking moments of this movie. The graphics and designs were incredibly detailed and realistic, showing each scene in a colorful and powerful way.

When I went to see this movie, I was looking for a lot of fighting and superpowers being shown off. When I left the theater, I came back with a message of responsibility and reality. Black Panther not only focused on the fiction, but themes of life such as love, death, revenge, and truth, telling us that anything can happen to anyone, and that how we handle those situations shapes what we become.

If you are a fan of the Marvel movies, then this is the movie you need to see, and even if you aren’t into fiction, I would still recommend you watch this movie. I can guarantee that Black Panther will captivate you and leave you with an experience which you will not forget in a long time.