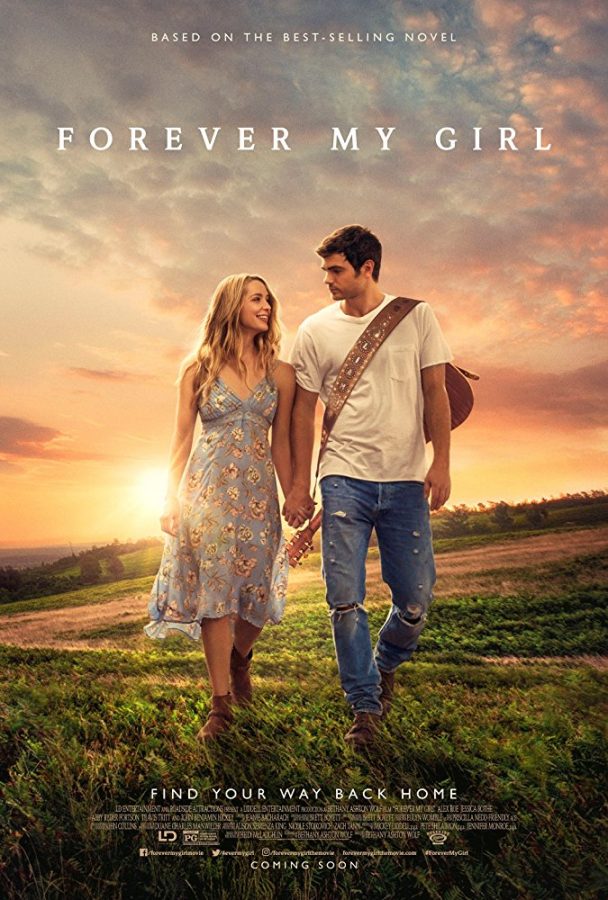 For those that are suckers for a sweet romance movie or like country music, the recently released movie “Forever My Girl” is just for you.

The movie was released on Jan. 18, and is based on the fiction book written by Heidi McLaughlin.

The movie explains the story of famous country star Liam Page (played by British actor Alex Roe), who can’t stop thinking about his ex fiancé that he left at the alter eight years ago. After discovering that his best friend from high school passed away, the country singer travels back to his hometown from the funeral. Soon after, Page finds out that he has a daughter with his ex fiancé Josie Preston (played by Jessica Rothe). The movie then precedes to show the sweet and admirable relationship that builds between Page and his daughter Billy throughout the movie.

It’s probably predictable what happens next, but without the happy ending the movie wouldn’t be as good- right? I personally hate movies that leave you with a cliff-hanger, so I’m thankful that the director Bethany Ashton Wolf decided to make the ending satisfying for the audience. Of course, Page and Preston fall back in love at the end and the family lives happily ever after.

For me, the two best things in the movie were the country music, and the cliché but heart-warming love story. Throughout the movie country songs were spread about, including “Enough” and “Finally Home” sung by actor Alex Roe, and other various songs by Little Big Town and Miranda Lambert. Most movies I’ve seen don’t have country music in them, so it was refreshing to hear it in “Forever My Girl.” I have to admit that I bought the entire movie soundtrack on iTunes the next day.

Aside from the music, the complicated but affectionate relationship between the main characters had my friends and I engaged for the entire movie. Who wouldn’t want to fall back in love with your attractive high school sweetheart/famous country singer?

The movie took place in the small town of  Saint Augustine, Louisiana, and it made me want to live there. The warm weather, cute little family owned shops, and kindness the people showed seemed very appealing.

I highly recommend this movie to anyone and everyone, and would give it a definite five stars.