Say goodbye to the internet as you know it 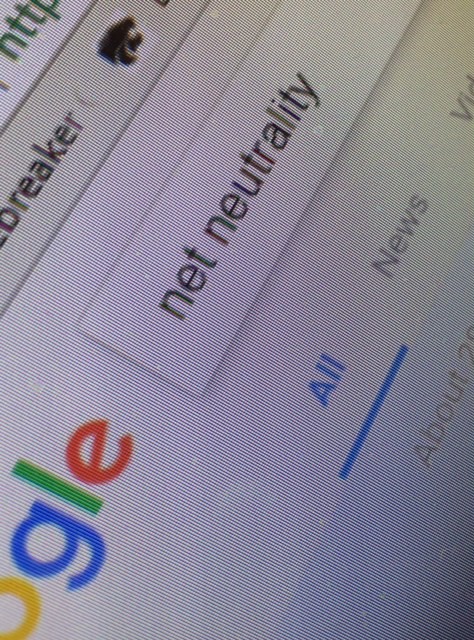 Imagine having to pay monthly fees to have access to social media. Imagine smaller companies completely going out of business because larger companies are doing whatever they can to demolish them. Imagine a world where only large companies get to call the shots as to what websites, content, or applications will run, limiting innovation.

Soon, you won’t just have to imagine it. The vote by the Federal Communications Commission takes place today.

Net Neutrality is the internet’s legally binding guiding principal that, currently, preserves our right to freely communicate with others online.

In simple terms, pretend you are on an interstate or a highway and everyone is going the same speed, no matter what lane you are in, and anyone can drive on any lane, regardless of the type of car, or number of people riding in the car. That represents the freedom of thee internet under the guide of net neutrality.

Now, let’s make a change to the guide. Pretend you are on an interstate or highway and this time everyone has certain restrictions based on their particular vehicle driven. Some cars are only allowed to use the right two lanes, which causes traffic buildup, and the big trucks can use the traffic-free left lanes. Smaller cars don’t get to use the highway at all. This is the internet if we took away net neutrality.

I use the internet all the time. I get on Tumblr, Instagram, Snapchat, Twitter, Facebook, Netflix, and that’s just the beginning. Net neutrality is what keeps all of these companies equal; none of them function better or run faster than the others. That is what helped these online companies get off the ground in the first place. But, if net neutrality is taken away, the new Instagram or Twitter won’t be found. Bigger companies will be able to pay to sabotage smaller, but rising companies, by making them run slower. This will be detrimental to innovation.

I’ve taken many classes in the past few years that talk about issues of law, and I know the basic amendments, one of which is our freedom of speech. I feel very strongly that without net neutrality our freedom of speech could be jeopardized. For example, people’s posts about topics that bigger companies disagree with could be completely removed, because those bigger companies have so much power.

So, what are the positives? There are positives, for some. In my language arts class, I’ve learned that every issue has two sides. So who could possibly benefit from destroying the internet? Well, all we have to do is look at who is getting rid of the law. Without net neutrality, citizens will have to pay more to have access. Where will that money go? Big businesses and the government. Selfish and corrupt leaders who will gain more money for themselves.

You can text RESIST to 504-09 to contact your representative to help make a difference in the decision to keep net neutrality. It needs to be saved, or we will have to say goodbye to the internet as we know it.