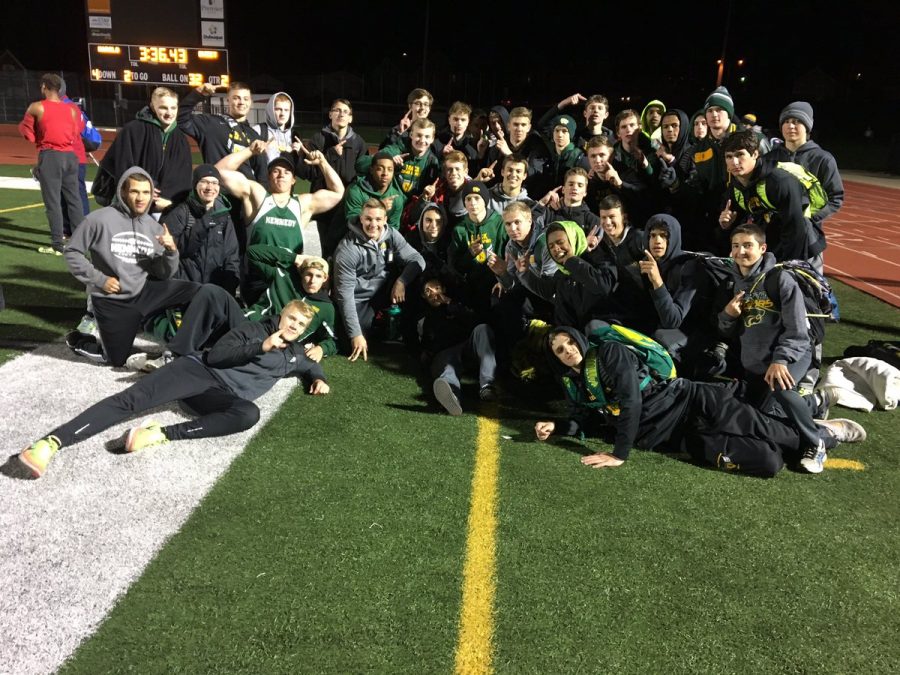 Track team better than most? As winter sports are approaching the middle of their season, Kennedy’s Track and Field starts on Feb. 12 for the 2017-18 year.

Kennedy is known for its ability to obtain state rankings with its team of excelling runners and throwers. For the past three years, they have gone to both state track meets and the Drake Relays.

The coaches and the runners expect to work hard to keep claiming this excellence.

Coach Curtis Pakkebier said his team does well mostly due to good kids, coaches, and much support of the team members’ families. He believes the whole sport affects him– he’s been working at it since he was 9.

Today, coaching in the Cedar Rapids Community School District, Pakkebier recruits new runners by looking for talent, hardworking and dedicated kids. He is a physical training coach and is always looking for students to try out for the team, sometimes even seeing kids in the halls who look athletic and persuading them to try out.

Team member Erik Martens, so., is a hurdler and short distance runner. He expects this year that the team will go to state, win and get better. The group has speed and “hardworking attitudes.”

Martens says being a track member allows him to create bonds with new students and also to be a healthier, stronger person. He attributes a lot of his success to Pakkebier.

She chooses to do track “for myself, to meet new runners and for my competitive nature.”  Hamblin’s main coach is her dad, but feels most connected to coach, Deb Jenks.

Pakkebier says the team will keep working to be balanced in strength, from distance runners, to sprinters, to throwers. Practices start in February, the team needs to keep working and be consistently good to become conference champs.