Not Just a Drill 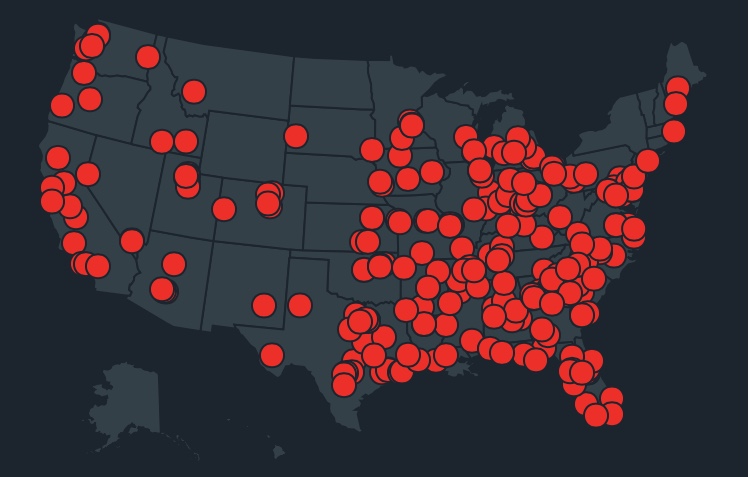 Map of school shootings in the United States since 2013

There have been 266 school shootings in the United States since 2013 founded by Every Town. Four of the 262 shootings have been in Iowa. The closest one to home for Kennedy students was the Jefferson High School shooting in 2016.

“I don’t think that these drills are being taken seriously, because everyone knows they are fake. They don’t think that it could ever happen to them, even though it could very well happen. These things can take place just about anywhere,” Curtis Ratzer, so. said.

Junior Shelby Tigges feels that students wouldn’t take lockdowns seriously as younger kids, but as students have gotten older mass shootings have been occurring and are now taking the drills seriously.

“I am just now grasping the reality that it can happen to anybody,” Tigges said.

“Until we do a real, scary, on the spot drill that is unannounced to faculty and to students, I don’t know that you can truly simulate an emergency,” AP European History teacher Heather Zwanziger said.

Even in situations where the procedures are followed correctly, students’ attitude towards the effectiveness can determine how helpful they are in the long run. Zwanziger identified this as something which she has seen with some of her students. She described this type of reaction to the drill as “going through the motions.”

“We need to experience the drills but at the same time not create a sense of fear,” Anatomy and Physiology teacher Craig Mallicoat said.

Mallicoat has not received any concern from students about their safety at school, but other teachers have.

“In all of my classes the students have been very focused and attentive [during the drills],” Mallicoat said.

Mallicoat thinks that the drills are more important for teachers, because they need to be able to act quickly and responsibly to make decisions that keeps students safe. To be able to make split-second decisions.

“Students in our classrooms are top priority. The drills allow us to think of questions and look at scenarios that will help us make the decisions needed,” Mallicoat said.

“These are important thought to have though, they allow you to think through possibilities,” Mallicoat said.

Founded by EveryTown, Americans are 25 percent more likely to be killed by a gun than any other developed country.