Kennedy Women’s Basketball ‘On the Come Up’ 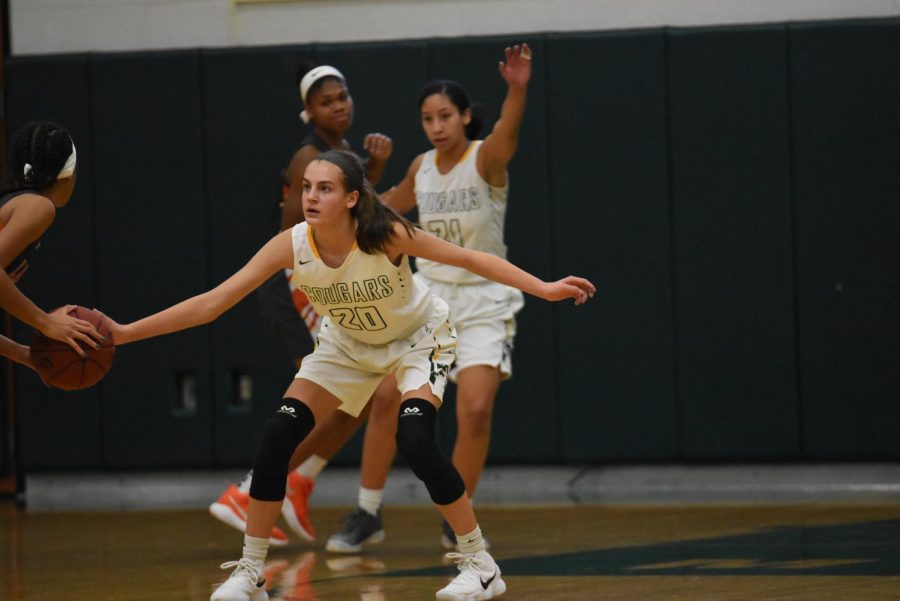 Kennedy women’s basketball has struggled the past few years but is ‘on the come up’ this year.

Seniors and team captains Olivia Hellweg and Tessa Steffen will lead the very young team consisting of four underclassmen along with senior Hailey Dolphin. The underclassmen include freshmen Mya Fitzpatrick and Sophia Barrett, and sophomores Sadie Powell and Camryn Ray.

Ray and Powell are returning varsity members, although Ray was out with a soccer injury from last year. “I took their stats, I was more like a manager,” Ray said. She tore her ACL during a club soccer game last year, preventing her from playing basketball. “I’m recovering from my injury really well. The physical therapy took forever and it was really hard some days, but I got through it and was really excited to play this season.”

Ray has been playing basketball for seven years and is excited to get back on the court with fellow sophomore teammate, Sadie Powell. Powell plays wing or second guard.

Powell has been playing basketball for 11 years. She was a starter on last year’s varsity team with a record of 6-17.

Powell and Ray agree that Cedar Falls will be one of their toughest upcoming games. Kennedy has started this season with two wins, one against Waterloo East and one against Center Point, and will take on Cedar Falls on Friday, Jan. 26.

“If we play together as a team,” Ray said, “I think we will have a good chance.”