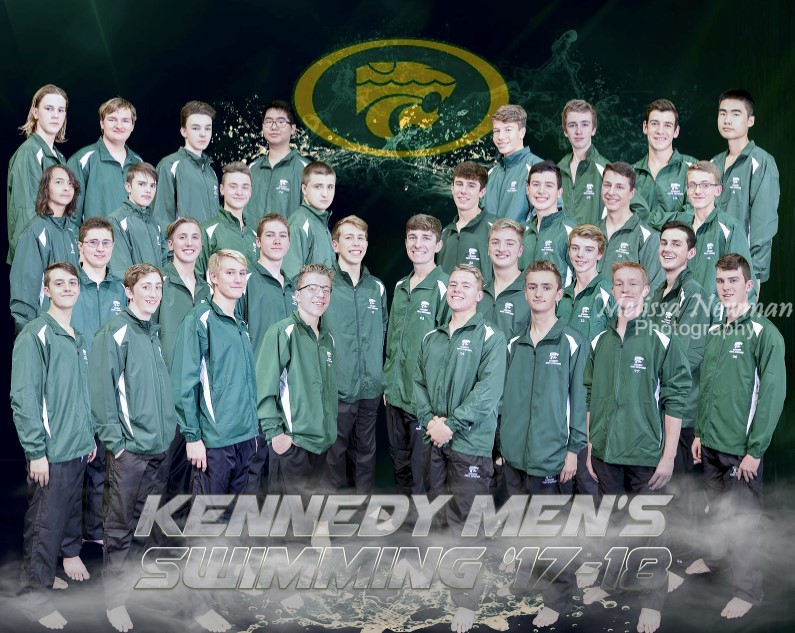 Likewise, waking up at 6 a.m. to practice isn’t the most appealing thing in the world to the swimmers. Although it is hard at times, the Kennedy Men’s Swim team bonds almost every morning by having breakfast together.

“Breakfast can happen in all sorts of ways on our team. Coach Thomsen makes pancakes for anyone who is there on the morning practices,” Tate Weaver, sr., said.

The coach doesn’t bring in breakfast for the team members just to be nice. Swimming takes up a great deal of your energy, and you need to stay healthy in order to swim properly.

“He does it, not just to be nice, but because the team is a family. He knows that swim is a hard sport and you can’t swim without calories,” Skittone said.

Despite breakfast being a daily occurrence, a real breakfast where you sit down with everyone on your team and have warm, served food isn’t as common. The team often has a grab and go breakfast.

“I feel as if we should have it more, but it’s not going to change,” Weaver said.

Even though the team rarely has a sit down breakfast, they bond all the time over their common interest in swimming.

“I consider the whole team to be like a family. We always have one another’s back,” Weaver said.