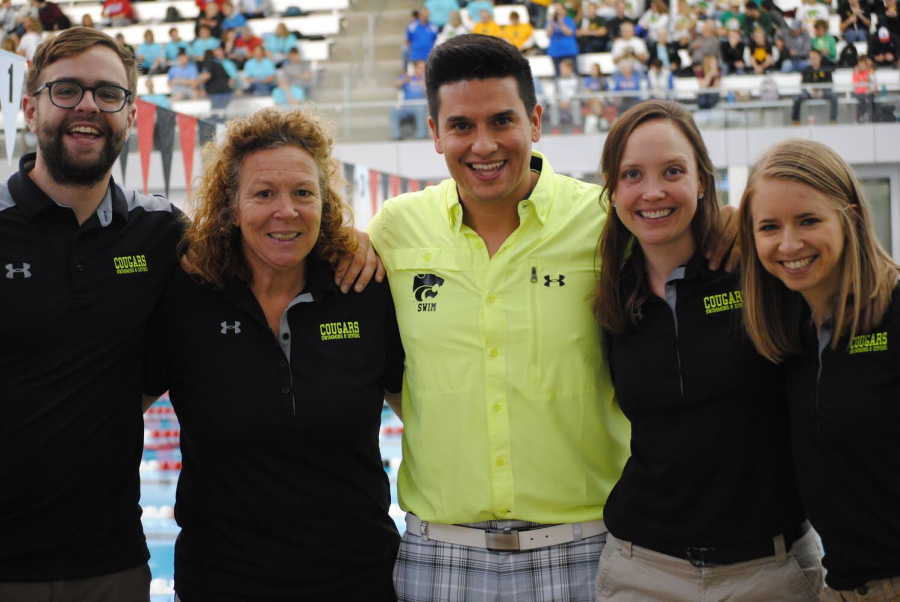 After his first year coaching the women’s swim team here at Kennedy, Ivan Sanchez gives an inside look on what it’s like to work with the girls.

“The girls were amazing, what I found most unique about this team is how close they are and how they support each other in practice and outside of practice,” Sanchez said.

A few years back Sanchez was head coach of the Iowa City High girls swim team. This year Sanchez noticed the different traditions between Kennedy’s team and Iowa City High’s. These differences varied from doing a cheer at the start of practice, to the sister gifts the girls give each other towards the end of the season.

Since coach Ross exited the pool in 2016, Sanchez is trying to get the team stronger than ever.

“There’s always going to be change, we are just picking up where we left off last season,” Sanchez said. “To also contribute to what wasn’t there before.”

Sanchez thinks a new coach can change a lot, some may not like the change and others will.

“I’m proud of these girls, it’s hard to adapt to change its not easy. They seemed to carry on and adapt quickly,” Sanchez said.

Since the beginning of the season, Sanchez believes the girls improved with times, technique, and became closer.

“This season was a success, we had girls getting best times,” Sanchez said. “Even some of the girls reached their personal goals. Overall it was a good season.”

Go to http://archive.ighsau.org/17statemeet/index.htm for team rankings and results.

Next season Sanchez wants to have the varsity and junior varsity squads practice together once or twice a week to get the teams closer. He also wants to incorporate Spanish music into their daily workouts.

Coach Sanchez can’t wait for next year, to get better in certain areas, and to pick up where they left off.