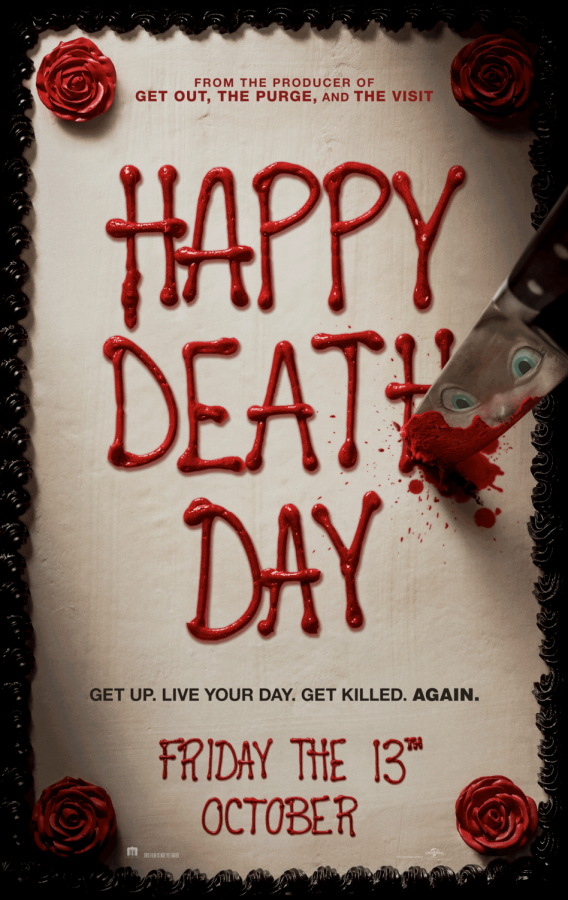 An inexplicable modern day horror film mixed with comedy and a hint of romance added to the twist in this movie.

For those who have not seen the movie “Groundhog Day” this 96 minute film is quite similar to the 1993 major motion picture.

A college student finds that they are reliving the same day over again, each night ending with the character being killed.

The main character continues reliving the day until she finds out who her killer is and why they are killing her. She has to stop her murder by in return killing them so she can get past this day.

Jessica Rothe played the lead role, Tree Gelbman. I thought that she really nailed this role, where she could go from being a cold-hearted snob to a caring and emotional women.

On the other hand I felt that Israel Broussard did not fit the part of Carter Davis, Tree’s love interest. To me he did not look the part of a geeky college boy.

Overall the acting was outstanding, the actors seemed to really get into their characters.

I absolutely adored this movie because it had all my favorite genre movies wrapped into one story, the horror, comedy, mystery and romance all there.

This movie had me sitting on the edge of my seat wanting to know more as the movie continued on.

The ending really blew me away, it caught me by surprise on who the killer ended up being. It was the least person I expected.

Out of all the movies that I have seen this year, “Happy Death Day” has to be my favorite so far.

I recommend this movie to any teens who are looking for a good mystery and who love to be spooked.