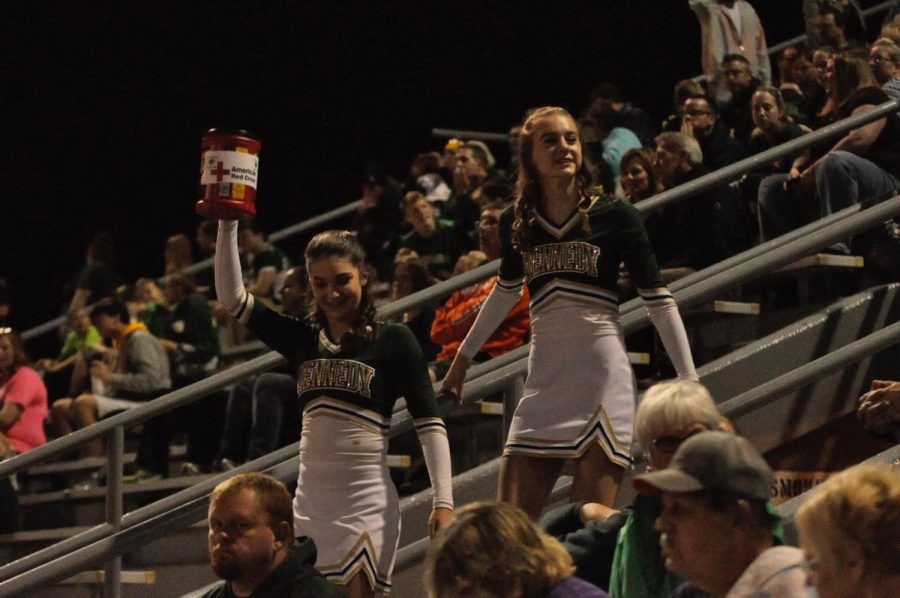 A $1,000 check was discovered in one of the donation buckets from the homecoming football game. On Sept. 28, Kennedy hosted its annual game at Kingston Stadium against Linn Mar. During the second quarter, members of the Kennedy varsity dance team and Linn Mar varsity cheerleaders strolled through the stands seeking donations for hurricane victims in Puerto Rico.

Kennedy recently teamed up with One America Appeal, a charity organization out of Washington D.C. that is also raising money for hurricane victims in Puerto Rico. Hurricane Maria was titled as a Category 4 storm and struck Puerto Rico on Sept. 20, just two weeks after Hurricane Irma hit Monserrat and travelled into southeast America.

“We had donations of all amounts from all different people,” Skyler Sparks, so., said. “Every single one means so much to everyone in Puerto Rico.”

Members of Kennedys’ One Campaign oversaw the collection of the money and will be sending it to the One America Appeal organization. When affiliates of the One Campaign were going through the donation buckets, a $1,000 check caught the eye of Daniel Carolin. Carolin is a world language teacher at Kennedy and is the leader of the One Campaign.

“The check was donated by one of our own Kennedy families,” Carolin said.

With this check included, Kennedy and Linn Mar raised over $2,000 for hurricane relief.

“All of the money is counted and the final amount is written on a check made out to the One American Appeal organization.” Carolin said.