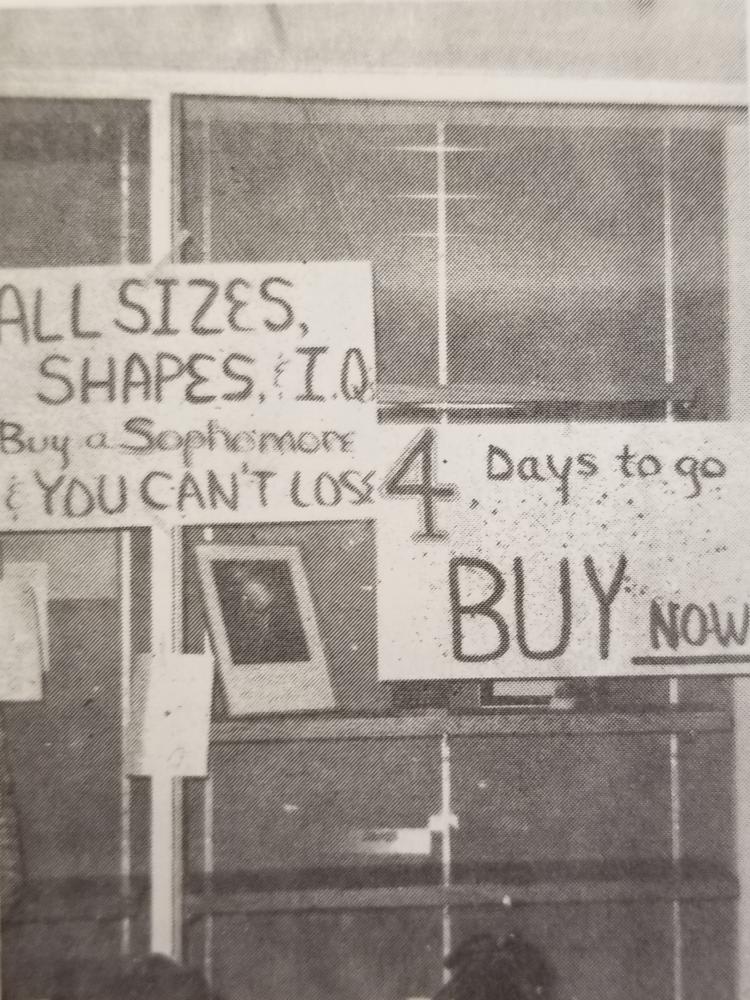 Posters to promote the Stock Market

It’s pretty common to see the student council at Kennedy raising money for senior prom, but it’s usually done through casual means, such as bake sales or clothing sales. Back in 1968, things were a little different.

During the week of February 26 through March 1st the junior class officers of Kennedy High School conducted a Stock Market Week.

Any junior girl volunteered her name for the market for a bid on a date by any boy. The boy did not necessarily have to go Kennedy school to place a bid.

The girls’ names were posted in the main foyer and the boys bid from the lists of names. The bids for each girl were not posted, but kept on a master sheets by the junior class officers.

IOU cards were given to the boys which said, “I, name of boy, am willing to bid amount of money for a date with name of girl.” The card, after being filled out, was given to an operator of the market. Each boy had to turn in his own bid or it was not to be accepted by the officers. The bids were taken before and after school and also after every class.

Bidding started at fifty cents and raised a quarter for each bid. The boy placing the highest bid won a date with that girl. All bidding ceased at noon today and the results will be given at the end of the day.

The participation of the girls during the week was somewhat different than the boys. Since they put themselves up for a date they therefore must go out with the boys who bid the highest for them. They will also pay for the date to a place of their choice. There’s to be a mixer at the end of this week which will probably be attended by many of these couples.

The money from this Stock Market, which is pure profit since there were no expenses, will be used for the Junior Prom. The junior class will probably have to have another money making project because it is doubtful whether they have made enough for their prom from the Stock Market.