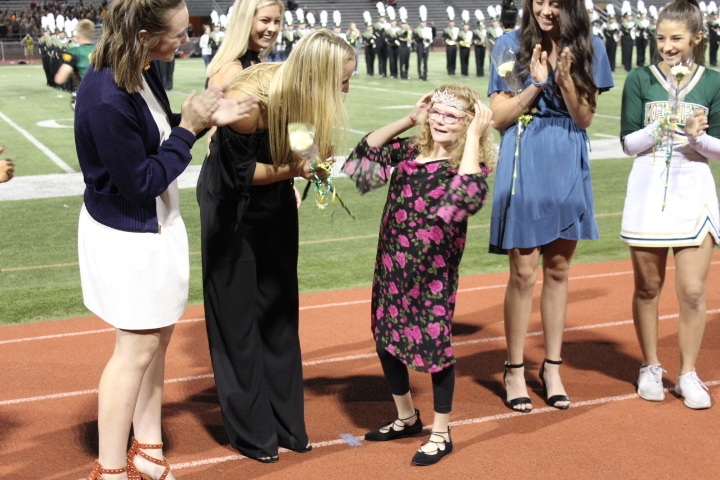 Senior Ellie Grovert was crowned homecoming queen last night at the Kennedy versus Linn Mar football game. Cougar Nation recognizes that she brings joy to everyone she meets and the student body wanted her to represent the senior class.

“I can’t think of anyone with a bigger heart than Ellie Grovert,” Lily Weiss, sr., said.

“I think it will definitely reassure her that she has a huge number of people that love and support her,” said Weiss.

“We are overwhelmed by the love and support Ellie has received from Cougar Nation, it is truly heartwarming,” Stephanie Grovert, Ellie’s mom said.

Grovert’s family was very excited for her nomination. The night Grovert was crowned is one she will never forget.

Weiss thinks it is important for her family to see what an impact she has made on so many people at Kennedy and it’s important to her because she loves seeing Grovert smile and cheer. Weiss want to see her as happy as she makes others

Ellie’s teacher Mary Gibney thinks she represents what it means to be a homecoming queen. It was an incredible thing that was started by the students.

“I always say that sunshine and rainbows follow [Grovert] wherever she goes,” Gibney said.

“Ellie deserves it more than any of us. She is a beautiful girl that brings joy to so many people,” Weiss said.