Is Our School Day Schedule Working? 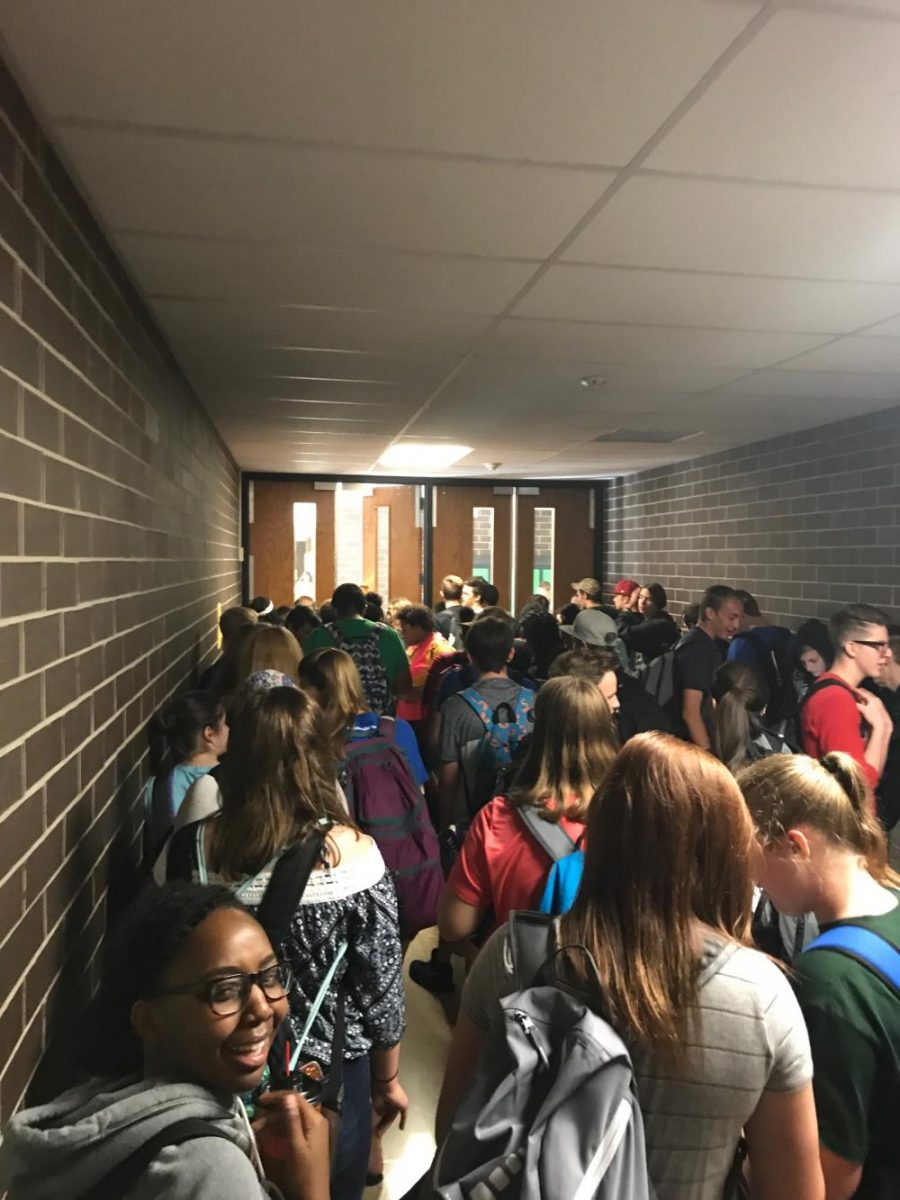 Crowd of students waiting to be released from the cafeteria.

Our school day schedule has been under revision the entire time I’ve attended Kennedy. The administration has been trying to come up with something that will work for the size of our student body and for the good of students and staff.

During my freshman year, we started with the wonderful – now mythical – 90-minute SMART Lunch. The next school year, 2015-2016, we still had the pleasure of SMART Lunch, but it was shortened to 60 minutes.

Then, during the 2016-2017 school year, the students’ favorite time of the day had to be taken away. We were promised it would come back after the winter months, but SMART Lunch never returned.

We can dream, but SMART Lunch isn’t making its way back unless some very big things change.

“It will not return unless we either get a larger cafeteria or the population of the school shrinks significantly,” Principal Jason Kline said.

To replace SMART Lunch, we switched to ABCD lunch shifts. This was to help reduce the overcrowding in the hallways and cafeteria.

Although ABCD Lunch was implemented to reduce congestion, it doesn’t seem to be helping.

“During lunch the lines are so long, so by the time we sit down to eat we have about 5 to 10 minutes,” Leah Ishimwe, so., said.

Our lunch schedule isn’t the only thing not working very well. SMART Time is struggling too. Jefferson has already eliminated their intervention time completely and Kline is on the fence about removing SMART Time.

“I don’t have strong evidence that it has helped improve learning significantly,” Kline said.

“When we have SMART Time, barely anybody goes to any other classes because they want to come to the cafe,” Ishimwe said.

There are so many students that go to the cafeteria during SMART Time that the administration has to shut and lock the doors after a certain amount of students have entered.

If administration does decide to remove SMART Time, the extra time would be added to classes.

Schedule alterations may be coming for Kennedy, but the class of 2018 most likely won’t see any of these.

“We are not considering changes for this school year,” Kline said.