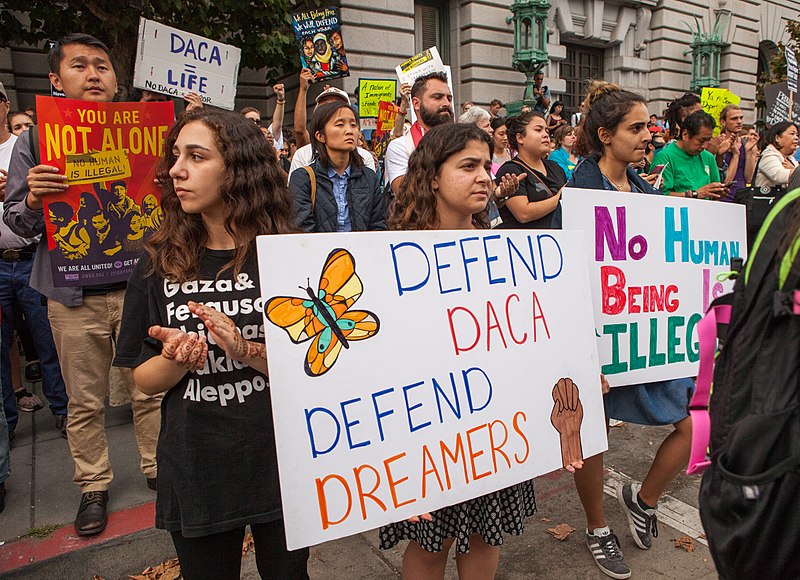 Nancy McNee, an English Language Learner teacher with 23 years of experience couldn’t help but be informed about the recent events concerning Deferred Action for Childhood Arrivals. On Sept. 5 the Trump administration announced to end DACA.

“I’m just so passionate,” McNee said, referring to the protection of the policy.

The ELL program provides students whose second language is English to achieve proficiency in the language and work on subjects such as critical thinking.

DACA is an American immigration policy founded by the Obama administration in June 2012 that allows certain undocumented immigrants who entered the country as minors to receive a renewable two year period of deferred action from deportation and eligibility for a work permit. DACA currently covers about 800,000 undocumented immigrants.

“This is the only country they’ve ever known,” McNee said. “Most of those adults were babies or really little toddlers brought by their parents and they didn’t have any choice.”
​
The Dreamers are those protected under DACA and have a median age of 22. This places them at a prime age for hiring, careers, and contribution to state, and local taxes.

A study conducted in 2016 by The Institute of Taxations and Economic Policy stated that
“Undocumented immigrants contribute significantly to state and local taxes, collectively paying an estimated $11.64 billion a year.”

The same study found that undocumented immigrants pay an estimated national average of 8 percent of their earned incomes in taxes. The top 1 percent of taxpayers pay just an average tax rate of 5.4 percent nationally.

“A lot of immigrants who came will take jobs that most Americans feel aren’t good enough for them,” Scott Bleuer said. He is another ELL teacher at Kennedy with 17 years of experience. His experience extends beyond high school, Bleuer also teaches adult immigrants at Kirkwood Community College.

“It’s sad that these kids are in this position,” Bleuer said, “often times they come to have a better life.”

It may seem like young people are powerless to help but they can make a difference in their own way by speaking out and starting discussions.

“Anytime attempts to penalize one ethnic group occur people will rise up to fight it…our voices can be heard,” McNee said.

Eighty percent of DACA recipients are of Mexican heritage.

On Sept. 13, President Trump met with Democratic leaders, Senator Chuck Schumer and Representative Nancy Pelosi to discuss a deal that included possible paths to citizenship for those under DACA and funding for President Trump’s campaign promise of a Mexican border wall.

Things seem to be looking up for those who support DACA as President Trump stated that House Speaker Paul Ryan and Senator Mitch McConnell are in agreement to make the protection of the policy permanent.

“This is an opportunity for empowerment,” McNee said. “The oppositional response will be really exciting and inspiring.”