Who is Kenny the Cougar? 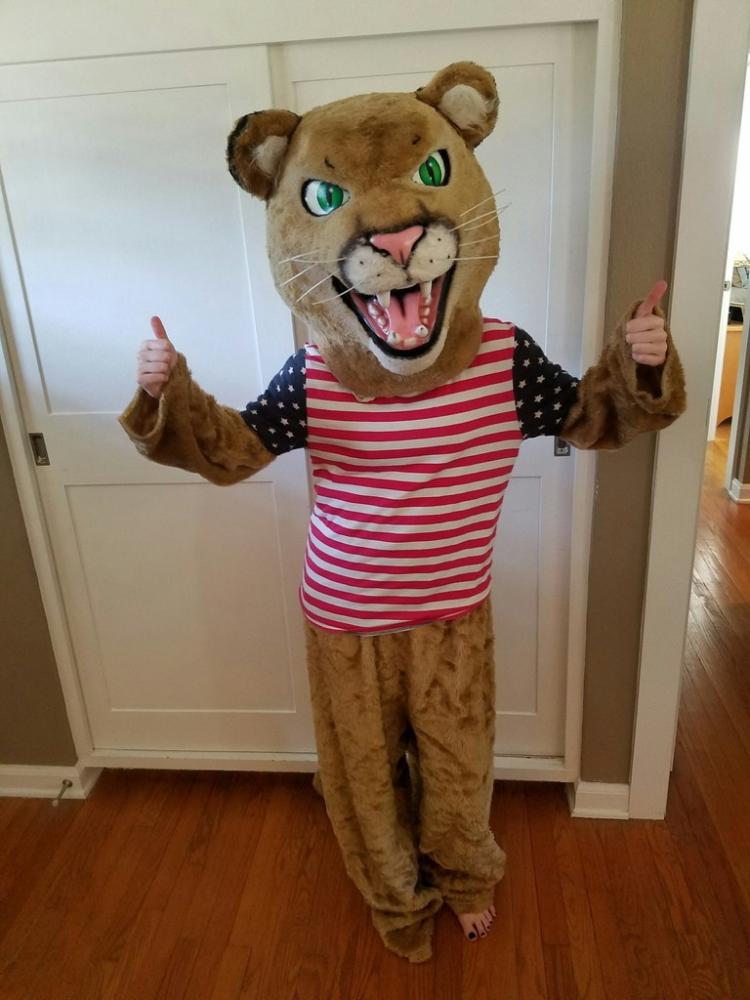 Where are Kenny's paws? Ready for American out

Senior Samantha Bennett is the Kenny the Cougar mascot.

“It was the first day of school and my grandparents asked if I was going to be doing anything new since I was a senior and I jokingly told them I was  going to be the mascot, but as soon as I said it I realized it was a wonderful idea,” Bennett said.

The following day Bennett went to Kline and asked if she could be the school mascot. Bennett has been the mascot for two football games so far and wants to do it for track and bowling, if her schedule permits.

“It’s very fun and nice to be goofy in front of my peers without being embarrassed about it,” Bennett said.

Students and kids ask Kenny to take the head off or dab. Bennett loves encountering with kids and she gives them high fives and hugs.

“The first game the cheer coach asked if we could toss Kenny and I was a little unsure, but they tested it out holding her big feet and decided that since I have no cheer experience it wouldn’t be a good idea,” said Bennett.

However, Kenny knows the hand movements to the cheers and dances to the band at games. It has been two years since the last time a student wanted to be a mascot.

“Kenny is into trying new things so we’ll see what the future brings,” said Bennett.

Bennett has fun dressing up Kenny to the game themes. She looks ahead and figures out outfits for him.

“It can be a little tricky to get into the costume because there are straps on the head piece that have to go on the arms. If I want to wear a shirt on the costume I have to put it on halfway, put the head on, then zip everything up,” Bennett said.

Bennett says it is not really hot in the body, just in the head and since weather will be getting colder it shouldn’t be a problem anymore.

“If I had an encounter with another mascot I would hug them and ask them to dance with me. Kenny is very friendly and wants to make more friends,” said Bennett.

Dance battles are not for certain, but Bennett wouldn’t rule it out completely if she encountered another mascot.