Plot Twist: The Coach Gets the Concussion 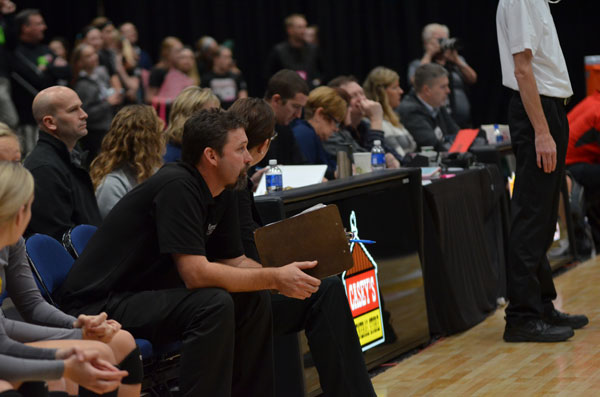 One of the most common injuries in sports nowadays are concussions, not only in athletes but in coaches too. Kennedy volleyball assistant coach of 21 years, and math teacher of 23 years, Tim Johnson, developed a severe concussion on March 25, 2017.

“I was coaching 12u volleyball and I went to turn in my line up, as I turned around a player served a ball into my right eye, not very hard but I immediately saw what everyone calls ‘stars’,” Johnson said.

Johnson was coaching his 12-year-old daughter’s club volleyball team in Des Moines when he was hit.

“My wife drove the family home which was probably the safest thing to do after I finished the day coaching,” Johnson said. “The next day as I was going to church I noticed my eyes were light sensitive.”

Johnson went to school on Monday and only lasted a couple hours. He was experiencing a massive headache that quickly turned into a severe migraine.

“I was in and out of teaching for the rest of March and some of April,” Johnson said. “After Easter I taught for a full week and did really well.”

The weekend after teaching a full week, he coached his daughter’s softball team. During the softball game, Johnson got dehydrated which caused his migraine to come back.

“It was a hot day plus the softball girls were cheering, and it got to the point where the stress of all that kind of did me in,” Johnson said.