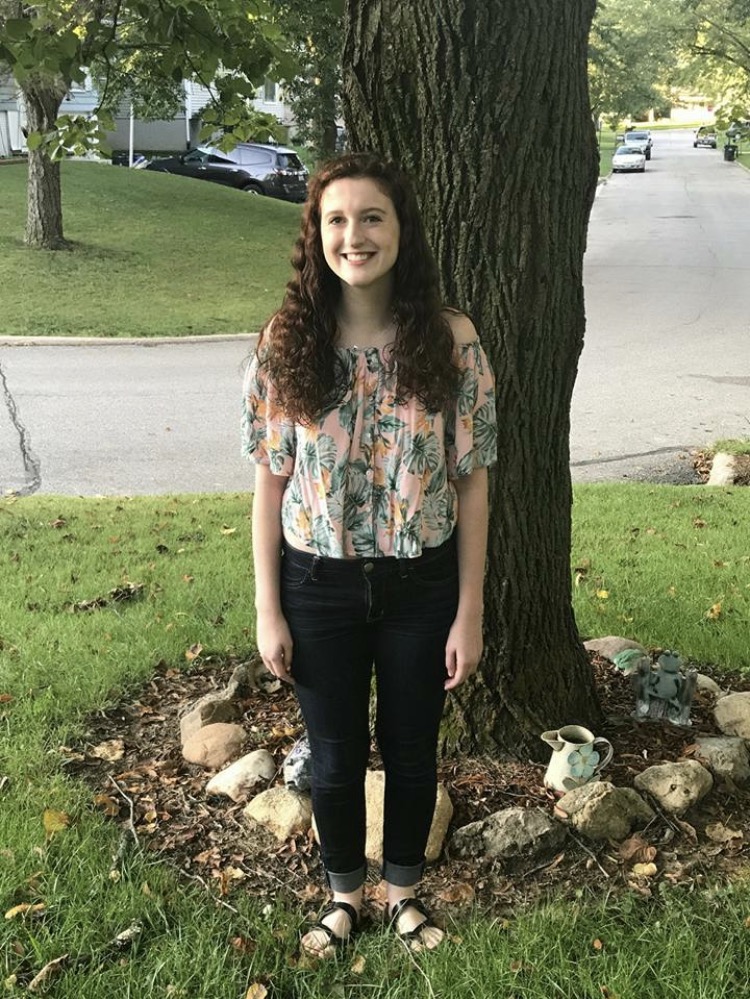 Paige Losch, sr., on her first day of senior year.

“I realized that I was a senior during this past summer,” Angela Garcia, sr., said, “It hit me like right in the middle of summer, but then I kind of forgot until I was buying school supplies.”

For Paige Losch, sr., senior year was just like any other year until the morning of the first day.

“It didn’t feel any different than any other year except when my mom told me it was my last first day picture,” Losch said.

The summer before senior year is unlike any other summer. Technically speaking, that summer is the last one of everyone’s childhood.

Losch realized this would be the start of “last times” and didn’t want to take this past summer for granted.

“I definitely tried some more adventurous things with friends to make lots of memories,” Losch said.

The summer before senior year feels different, but not nearly as unfamiliar as the summer after graduation.

“Next summer will be different because I am going to be out of high school and hopefully getting ready to be an adult and start college,” Garcia said.

Not only will academics change, friend circles will change as well.

“I’m sure different people will join me and some friends I usually see won’t be there with me,” Losch said.

Next summer will come quickly, but the class of 2018 have several months before that. In the meantime, most seniors have short-term goals they want to achieve.

Losch’s goal for this year is to positively impact at least one person’s life. Before track season ends next spring, Garcia wants to beat her personal record in discus.

The seniors’ last summer has ended, but their last year of high school has just begun.