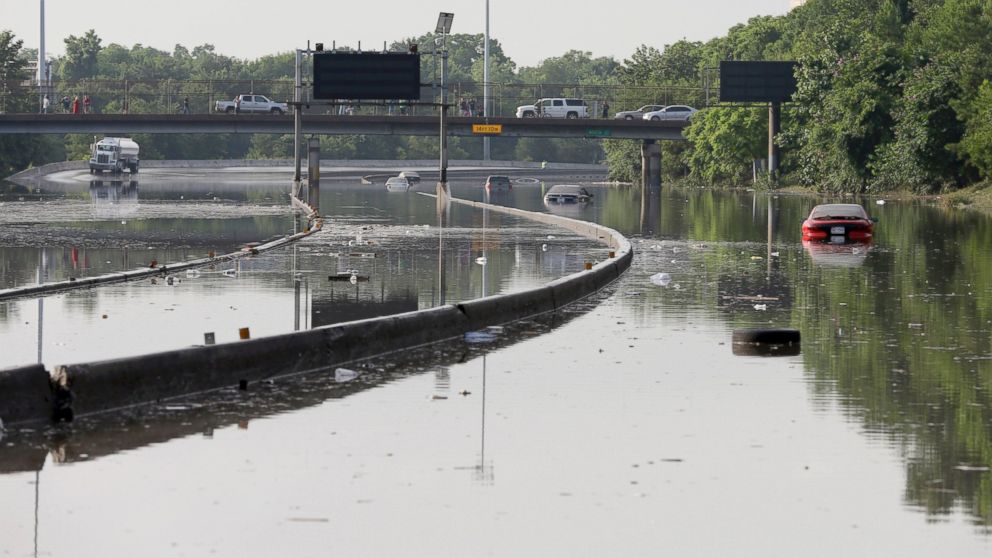 The flood on Katy Freeway in Houston, Texas.

Hurricane Harvey has caused devastating flooding to Texas and Louisiana. It seems comparable to the Cedar Rapids flood of 2016, or 2008. However the size and damage to the flood further south is beyond what we have seen in Cedar Rapids.

In the Texas and Louisiana area, 51.88 inches of rain have fallen. That is over twice the amount dropped on Cedar Rapids in 2016, with rainfall totaling 21.97 inches, and over twenty inches more than the 2008 flood, which racked up 31.12 inches.

The damage in both locations has been disastrous and seeing it in Cedar Rapids first-hand for many people in 2008 provided reason to help even more when another flood posed a threat to our city and its surrounding areas almost exactly a year ago.

Money that was spent for flood protection in Cedar Rapids came to $6 million in 2008. But in Houston alone, approximately $71 billion was spent. This is probably because Houston flooding was due to a hurricane, and for obvious reasons, Cedar Rapids was not.

I don’t want to undermine the two largest floods in Cedar Rapids history. The floods were devastating to Cedar Rapids and surrounding areas. I’m trying to put the devastation of Texas and Louisiana flooding into perspective. They have both been catastrophic but on two totally different scales and can’t be compared to one another for numerous reasons.

But it’s time to help. In the aftermath of another hurricane, Barbuda is 90 percent destroyed. Irma is on its way to eradicating parts of the Caribbean the same way Harvey has destroyed Houston. It is very important to see the same actions towards those whose lives and homes are being destroyed in the Caribbean as in Texas.