Win and Move On 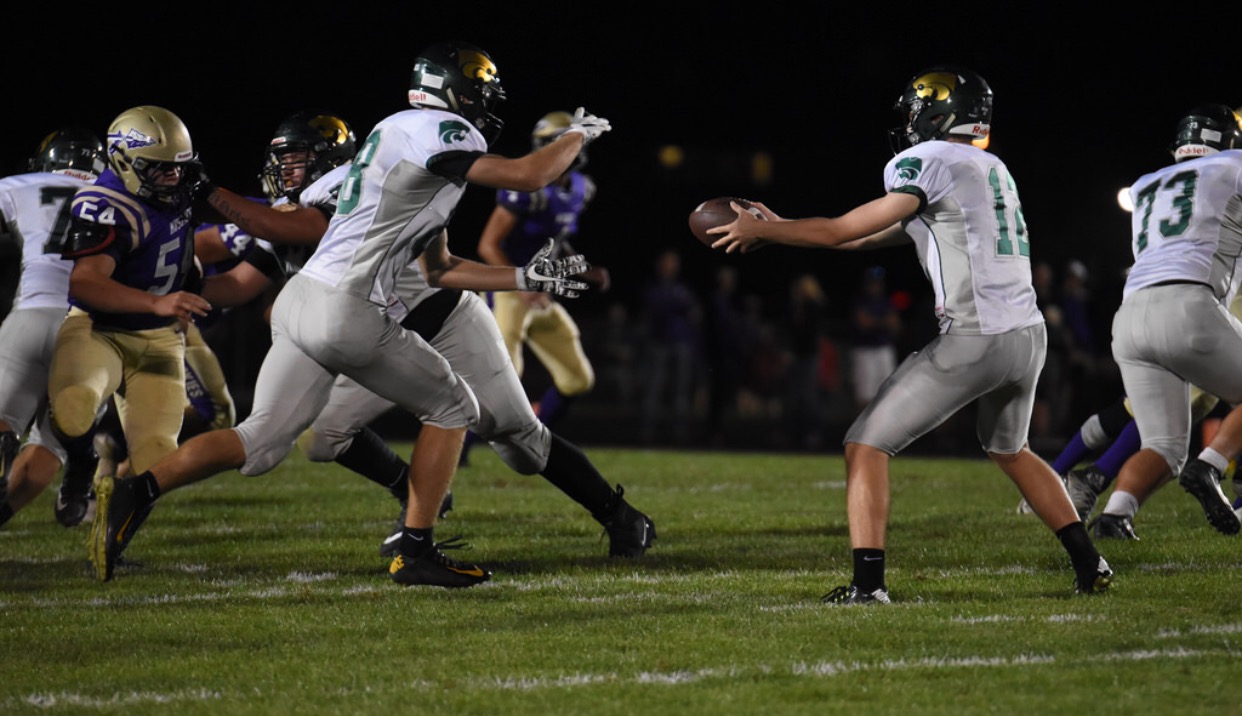 BJ White number 12 hands the ball off to Cairron Hendred number 21 as he looks for the open lane against Muscatine.

“We are definitely more focused and motivated to win this game,” jr., Sam Harrison said. Harrison is the starting wide receiver for Kennedy wearing number 82 this year.

With Cedar Rapids Kennedy (8) facing Cedar Rapids Washington (6) tonight at Kingston Stadium there is a lot of tension in the locker room. Whether it comes to facing friends or enemies each team shares the common goal, win and move on.

“There is definitely a lot more hype and motivation to win because they are our rivals and we know a lot of the players on their team so it’s more than just another win,” so., Cairron Hendred said. Hendred is the starting running back for Kennedy this year wearing number 21.

After Cedar Rapids Kennedy had a dominant win against Muscatine last week, they look to keep the ball rolling and take home the W against Cedar Rapids Washington.

“If we come together as a team and play to our potential we’ll be just fine,” Hendred said.

For the upperclassmen this is an important game with past experiences not going there way with with their cross town rivalry.

“This game means a lot to the seniors because their past seasons against Washington didn’t go as planned,” Harrison said. “But this year the seniors are going to leave it all out there on the field and the underclassmen will be playing this game for the seniors more than for themselves.”

“Staying focused and playing our game will be the key to success,” sr., Brian White Jr. said. White is the starting quarterback for Kennedy this year wearing number 12.

“We have been hearing all week about how they are going to try and get us out of our rhythm.”

No matter the outcome of their season, both teams will go back to this game and remember how it came to an end.

“We feel as though we are a better team than they are,” White said. “We just need to play our game and not let outside distractions get to us.”