Stressed out? Writer offers some suggestions 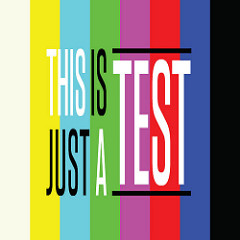 With AP tests underway and finals fast approaching, stress is a topic that most everyone I know can relate to, whether it’s stress about testing, work, grades, or really anything else going on in our lives.

In situations where I have felt stressed, I’ve asked myself, “What should I do?”

Often I’ve resorted to bad habits such as stress eating and extreme procrastination. As we’re nearing the end of the school year, I decided to try out some healthy ways to relieve my stress and discovered that the best ways are by exercising, listening to music, and taking a good nap.

In a survey carried out by University of Alabama researchers, they found out that music had a profound effect on stress reduction in a hospital setting. For the study, they observed the reactions of young patients listening to calm music while having an IV inserted and compared them to the reactions of other young patients having the same procedure done, but not listening to music.

The results showed that the patients who listened to music found it much less scary to have the IV inserted and surprisingly, they didn’t feel much pain, whereas patients not listening to music were in more distress about the situation. The results also included that the health-care providers inserting the IVs had less trouble inserting them into patients who were listening to music, as opposed to those who were not.

When I tried listening to music after coming home from a stressful day, it helped me to relax, unwind, and just slow down. The particular album that I listened to while testing out this technique was Ophelia, by the Lumineers. I would recommend this album as it worked really well for me and overall just had really good music.

The next technique that I tried was exercising. For this one I went on a long walk away from all of the city and traffic noise. Honestly, I felt so much better when I got back home. There was something really refreshing about it because it gave me the chance to just think through some stuff I was dealing with, plus I was up and moving which gave me more energy to finish off my day.

In an online poll distributed by the American Psychological Association, 14% of people coped with their stress by exercising. That’s not a huge percentage, but the APAA was assuring in saying that exercise is actually one of the number one most recommended forms of stress relief.

Stress eating is a term all too familiar to many of us. While it’s ok to have the occasional treat, it becomes a problem when eating becomes the immediate go-to when feeling stressed. In a survey published in Stress Relief Choices, 28% of the population admitted to eating when stressed. One of the biggest effects that stress eating can have on the body is weight gain, which can lead to insecure feelings on body image, which in turn leads to even more stress from when this whole cycle started.

Of all of the techniques I tried out to help reduce stress, one of my favorites was simply taking a nap. In a study published in the Journal of Clinical Endocrinology and Metabolism (JCEM), researchers discovered that taking a short nap helps the body to essentially recharge, especially if you didn’t get a good night’s sleep the night before. When I woke up from my quick, roughly 45 minute nap, I had more energy in me and was able to get through the rest of my day almost tirelessly.

While the few techniques I’ve shared  all happened to work really well for me, it’s going to be different for every person. I would encourage everyone to spend some time figuring out what works for themselves because it will be extremely beneficial in considering how you will experience less stress, and when you do have stress you’ll know how to deal with it.

The next time that you are feeling stressed out about anything going on in your life, try listening to some good music, take a nap, or go on a long, peaceful walk. Having stress is normal, everyone deals with it, but knowing how to deal with it makes all the difference.