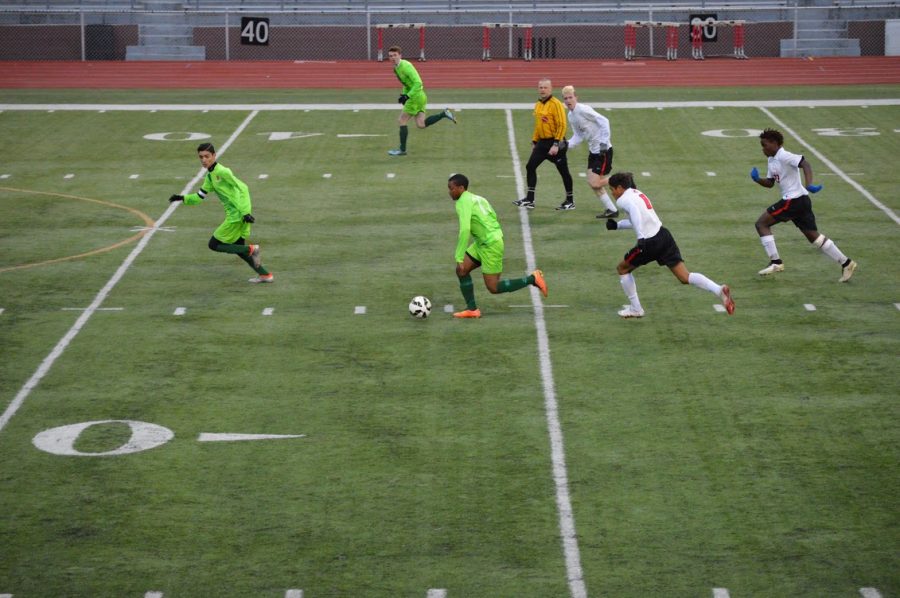 After being the JV Men’s Soccer coach at Kennedy for twelve years, Coach Adrian Evans had an opportunity arise. The previous Varsity Men’s Soccer head coach stepped down, so Evans stepped up to take the position.

Evans is now the head coach of the 2017 Varsity Men’s Soccer team and replacing him as JV head coach is Coach Erie.

“The opportunity arose and I took it,” Evans said, “I am excited to see how well they do this year.”

The Varsity team consists of 23 players this season. Five of those players being freshman, a chance for some new faces in the Kennedy soccer program.

“I feel good about making Varsity soccer this year,” Reed Foster, fr., said, “It will be an unforgettable experience.”

Pre-season training for soccer can start as early as January. With practice starting in early March and the last games happening in late May, the true season lasts about three months all together.

“I was excited to make Varsity but I couldn’t dwell on it for too long because the season moves quickly,” Alan Kim, fr., said.

Last year, the boys lost to Washington, 3-0, in the sub-state semifinal and didn’t get the chance to go to state. They are hoping for a better outcome this year and pushing for an appearance at state.

“I think this will be a good year for Kennedy with a new and highly motivated coach and great leaders,” Kim said, “We’re definitely a step up from previous years.”