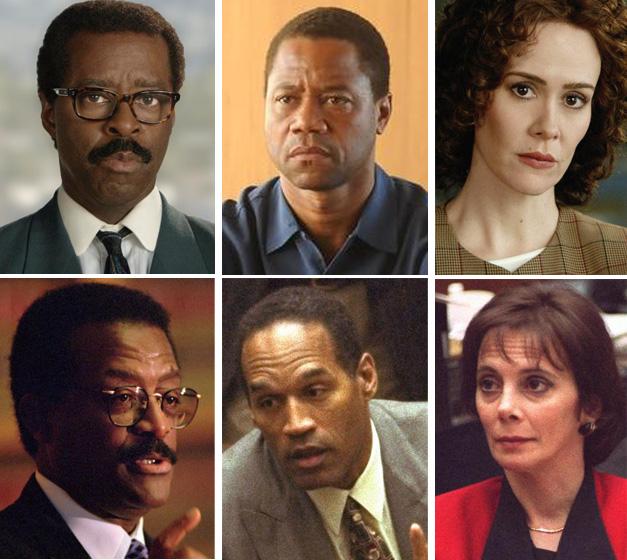 Emotionally riveting. That’s how I’d describe my experience watching the series The People vs. O.J. The series was released on Feb. 2 2016. There are 10 episodes, each one being 58 minutes in length. The show doesn’t start at the beginning of O.J.’s trail, but rather at the night his ex-wife, Nicole Brown Simpson, and her friend, Ron Goldman were murdered. This is what makes it different from anything else. I’ve watched about this famous trial, the series reenacts every moment leading up to the trial and the chaotic maneuverings on both sides of the court. When I watched this series I was finally able to understand everything that went into his verdict and the emotions of people playing a role in it. I think the producer of The People vs. O.J. did a fantastic job on making the series realistic to the actual thing. The actors looked exactly like the real life people and the settings were very similar in each scene. I also liked how in some parts of the series they’d show clips from the actual protest and trial hearings. I had no idea how divided America was during this trial and they did a good job of portraying that. My favorite part of the show was the very last episode, which decided the verdict. I liked this episode because it was very emotional for me. It showed how far both sides had come in the riveting trial and their very dramatic closing statements. When the verdict is decided the series exploits the emotions on both the winning and losing sides. The verdict made me feel frustrated at the injustice given to the families that lost loved ones, even though there was so much evidence to prove he was guilty. I would 10/10 recommend this to anyone trying get the full experience of the O.J. Simpson trial. The producers did a wonderful job giving you a behind the scenes look and portraying the emotions during this chaotic time in history.