Kaylin Kinney commits to play softball for the University of Nebraska 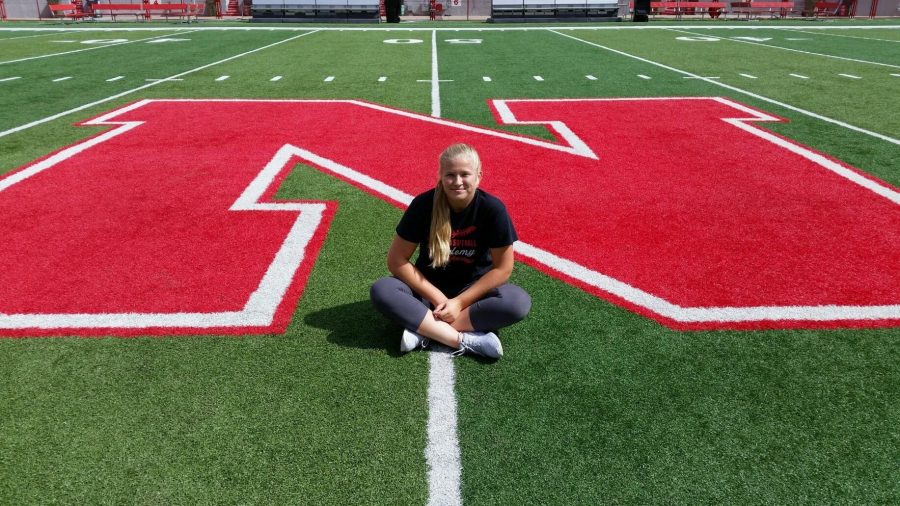 Kaylin Kinney went out for the Cedar Rapids Blue Devils when she was 7 and "it took off from there."

“I was seven years old, I was trying out for the Cedar Rapids Blue Devils and so I tried out as a pitcher and I wasn’t very good. But I loved it and so I started taking lessons and it took off from there,” Kaylin Kinney, fr., said.

Kinney recently committed to play softball for the University of Nebraska, despite receiving offers from Minnesota and Iowa State.

“[Nebraska] felt more like home and the amount of support for the student athletes was incredible. Overall, I just fell in love with the school,” Kinney said.

Some think that maybe it is too early to be committed but for Kinney it was the right choice and she doesn’t regret it.

“I don’t think I chose too early, and yes I do think I made the right decision,” Kinney said.

Kinney says that Nebraska has a strong softball program and they have outstanding academics.

“My family and friends have been so supportive and so excited about my decision. They all have been a huge part in my recruiting and I wouldn’t be where I am today without them,” Kinney said.

She has had a lot of support from both her family and friends especially her dad.

Her dad went to visit Nebraska with her and he loved the school just as much as she did. He was really impressed with what they had to offer.

“The night I told my family that I wanted to be a Cornhusker, he went online and bought a bunch of apparel for the family because he was so excited,” Kinney said.

Kinney is thinking of going into the medical field but is still not completely sure of it.