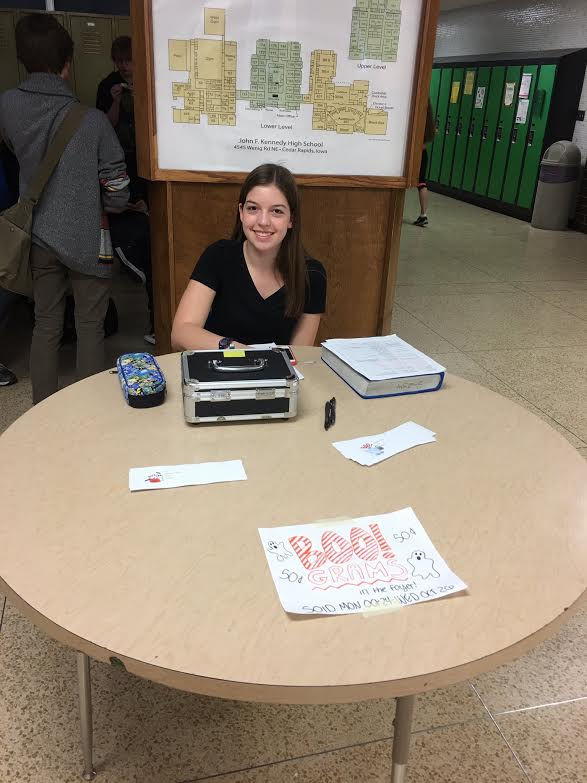 “The importance of a class president and council is the fact that we need some type of student officer body to raise money because if we don’t raise money no one’s going to. We’re basically just the fundraisers but we also provide a moral standing and we help get the word around about class events,” Jacob Graves, jr., said.

The main focus for each class president is fundraising enough money for their senior prom.

“The role helps so we can fund-raise for prom in a successful way, without a class president it would be un-orderly and very hard to stay focused,” Olivia Schirm, so., said.

In order to raise enough money for their class the council chooses numerous activities to participate in.

“We sell donuts, set up orders for class t-shirts, and try to organize events such as dodgeball tournaments and bake sales,” Graves said.

Every class tries to sell t-shirts and meet at least once a month or more depending on the closer they are to prom.

“Communication between officers is a big deal. Organizing things and making sure everyone’s on the same page as far as fundraisers and donuts is crucial because when no one talks to each other, nothing gets done,” Graves said.

When taking on this much responsibility the officers face obstacles.

“I really like it, but sometimes it’s stressful and annoying when you have to call people to donate. Also when your organizing stuff sometimes you have to talk to administration and their not always cooperative, but other than that its enjoyable and I get to be a part of the process,” Afnan Elsheikh, sr., said.

“I didn’t think it’d be this stressful but the fate of our prom depends on us and that’s a big responsibility,” Graves said.

Each president has different reasons of why they wanted to be involved.

“I wanted to be involved in planning for prom for the class of 2017 because it’s the last hoorah for high school and I wanted it to be really awesome. I decided to take the class president position because if I was going to run why not go big,” Elsheikh said.

“I like having the ability to successfully portray my ideas and be able to support my class. Having an awesome prom is my goal,” Schirm said.

This experience has helped each member learn in a new way.

“Get involved right away not only with class officers but with student government because it looks really good on your college applications but it also gets you involved with school and you get to experience high school to its fullest,” Elsheikh said.