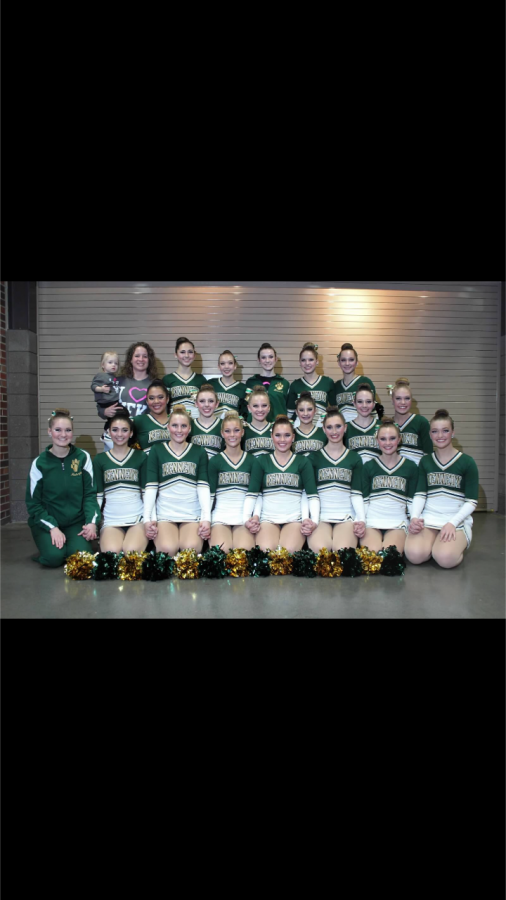 Dance team in their pom uniforms

“These three words are the words we have lived by throughout the season,” Ashlynn Greer, so., said.

The dance team has had a very accomplishing year, finishing up 2nd in the jazz category and 5th in the pom category in the State of Iowa.

“I believe we did so well because we were given choreography that suited our team which helped us prosper compared to years in the past,” Julia Brewer, sr., said.

“We did better at State than we have done in the past four years,” Brewer said.

In addition to State, the dance team also competed at the University of Iowa Spirit Spectacular, Prarie’s Stack the Stands and the Regional Spirit of America Dance Championship.

“My favorite competition was State because we all felt united and confident about our performance,” Brianna Petsche, jr., said.

Competing the jazz dance this year was one to remember for several of the teammates.

“After dancing at a studio for five years and on the dance team for two years, this jazz routine was the best piece I have ever danced. It gave me goosebumps every time I performed it,” Greer said.

The competition season has come to an end. Now the team has basketball games and their annual coed dance at the spring pep assembly to look forward to.

“As I prepare for my senior year on dance team, I only hope the expectations of the team stay high and that we can dominate again at the State competition,” Petsche said.